Read the report on our recent consultation

A jury of experts evaluates all projects that apply for production support through our Experimental Stream and Aboriginal Program, using a criteria-based evaluation process. Projects are selected for support based on the results of this process, and available funding.

The jury provides an external perspective on innovation, and assesses the experience of the production and creative teams on their capacity to deliver the projects submitted for funding.

Successful applications are determined using a selective process in reference to an evaluation grid. The four basic assessment criteria and their respective weightings for funding are:

The jury does not evaluate applications for development and marketing support.

Carl-Edwin is a tech and video game enthusiast. He is the founder and CEO of Northern Arena Productions, a TV and interactive production company, and Northern Arena inc one of Canada's biggest esports tournament organizers and the owner of Mirage esports an esports team organisation. Carl-Edwin Michel has also been reporting on the high-tech and gaming industry since 2009 as a freelance journalist, lecturer, radio and TV personality."

Denis Talbot is well known to techno and video game enthusiasts for being at the helm of the M.Net show. For 17 years, he produced and hosted 2,407 live episodes of this cult Quebec series.

Today, Denis Talbot has a prominent place on the Internet with RadioTalbot.tv, a live show followed by nearly 19,000 fans on Twitch.tv/radiotalbot. On iTunes, in the list of techno podcasts, you’ll find Denis Talbot in the Top 10 most listened to shows. RadioTalbot remains the only French-language podcast in the North American techno top 10. Denis is also a columnist for Explora *Radio-Canada) for the Planète techno show. He also collaborates sporadically with Paul Arcand’s Puisqu’il faut se lever radio show. People in Quebec City can also hear him on CHOI-FM’s return program. Techno spokesperson for the prestigious Montreal Auto Show for the past five years, Denis is the standard-bearer for the Shawicon in Shawinigan. He also owns his own brand of beer: "La Grand Talbot", brewed by Simple Malt, whose first vintage broke sales records. RadioTalbot can also be found on iTunes, Spotify and Google Play. 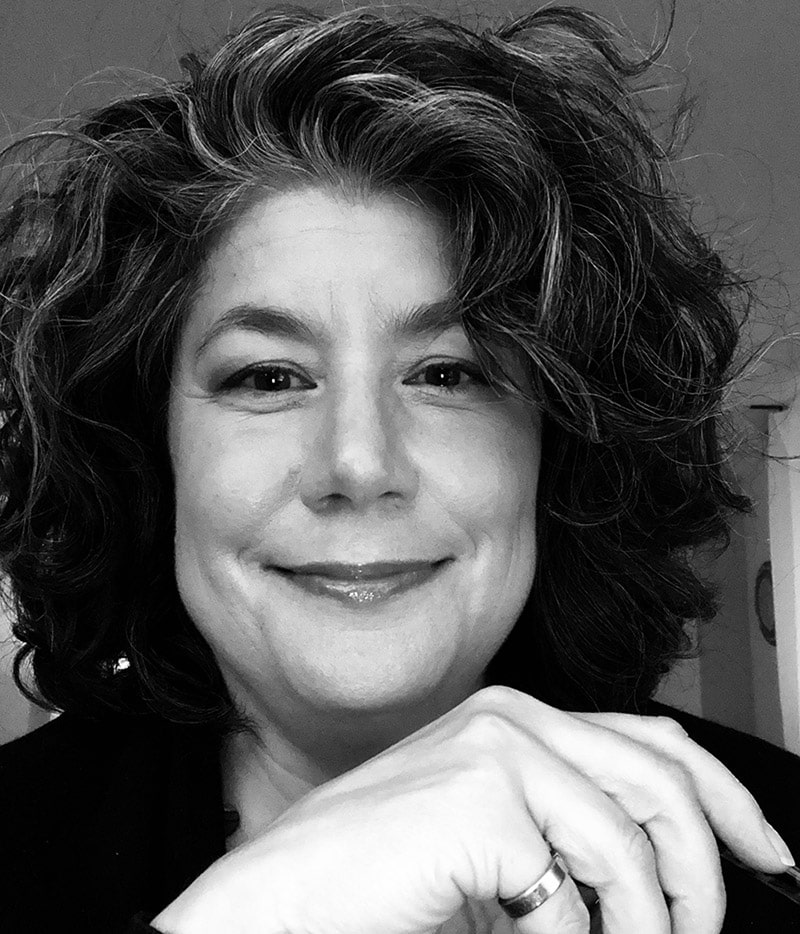 Since 2013, Isabelle Marazzani has managed the organizational, administrative, pedagogical and integrated development of the college-level activities and training services at Campus en Arts et Divertissement numérique (ADN) in a perspective of educational success, customer service and profitability.

From 2007 to 2012, she offered her freelance consulting services in business strategy to major clients in the digital media sector, including Alliance numérique, SECOR Group, Electronic Arts, Dionne+Gagnon, Telefilm Canada, Innovation PEI and the Canadian Department of Foreign Affairs and International Trade. She also served four years as a startup coach at Inno-centre, where she helped more than 100 Mexican and Québec technology firms to take their first commercial steps.

After obtaining a bachelors’ degree in Communications with a major in Journalism from Université du Québec à Montréal (UQAM) in 1992, she worked for several years in media, and then, from 1994 to 2007, held several management positions in marketing and communications within various companies, including Matrox, Behaviour Interactive, Transcontinental Group, as well as at École NAD.

For over 20 years, Isabelle has been contributing to the rise of Québec’s video game development industry. She has served twice as a member of the jury for Québec’s digital industry NUMIX Awards—in 2013 in the Video Games category and in 2016 in the Games Startup category. Isabelle is co-founder and Vice-President of the International Game Developers Association of Montréal (IGDA), for which she has volunteered since its foundation in 2001 untill its dissolution in 2017. She also serves as Vice-President of a R & D centre, the Centre de développement et de recherche en imagerie numérique (CDRIN).

Rochelle Grayson, Executive-in-Residence (EiR) with New Ventures BC, is a serial entrepreneur and digital media executive with over 20 years of experience in business, technology, entertainment, and education. She has led and launched several start-ups and innovative digital media initiatives, working with a combination of both small and large companies, as well as highly analytical and creative individuals. Rochelle is equally comfortable discussing digital media business models, digital marketing trends and strategies, online community building, and internet and mobile technologies.

Rochelle has spoken at the Consumer Electronics Show (CES) in Las Vegas, G-Star in Seoul, Korea, GDC San Francisco, Whistler Film Festival, and Digital Hollywood in Los Angeles and San Jose. She has also been nominated as one of Canada's Top 100 Most Powerful Women by the Women’s Executive Network, been named “The New Executive Cool Hunter” by Canadian Business Magazine, been awarded one of Vancouver’s Top Forty Under 40 by Business in Vancouver, and listed as one of Vancouver's Top 10 Technology Women.

Rochelle holds an MBA in Finance and Business Policy from the University of Chicago, and Six Sigma (Black Belt) Master Certifications in Product Development Management and Business Facilitation. Her career has taken her from New York to Silicon Valley and now to Vancouver, Canada.

Born and raised in Kazakhstan, Veronika immigrated to Canada as an international student. She has over 10 years of experience working with programs and organizations that foster economic and social prosperity through entrepreneurship locally and globally.

Currently, Veronika is a Program Director at Highline Beta, where she is responsible for leading the design and execution of corporate accelerator programs to help Fortune 1000 companies co-innovate with early-stage startups. Previously, Veronika was a Program Manager for Next AI, a world class program for artificial intelligence-based ventures and technology commercialization. Veronika was involved in designing, building and growing a number of charitable programs and initiatives for youth, immigrants and women entrepreneurs at Business In The Streets, Ignite Capital and Connect Legal. She is a recipient of the Vital People Award from the Toronto Foundation which recognized her leadership and contribution to the community.

Read more
Juries
We use cookies on our website to give you the most relevant experience by remembering your preferences and repeat visits. By clicking “Accept”, you consent to the use of ALL the cookies.
Cookie settingsACCEPT
Manage consent