The announcement of the Golden Globe nominations is the gift that keeps on giving.

For those of us who love television and movies, it’s a call to action, reminding us of all the stellar performances in all the shows and movies we somehow need to make time to watch.

It’s especially true when it comes to television, because unlike films that clock in at around two hours, TV offers us hours upon hours of viewing. This drives home the notion that the biggest competition facing TV’s creators and distributors is life itself as all of us must juggle with competing priorities: work, running errands, time with family and friends, sleeping… and watching TV.

What’s always interesting about the TV nominations is seeing how many big-name Hollywood stars find their way onto the list. This year is no different as Oscar winners such as Sam Rockwell (Fosse/Verdon), Helen Mirren (Catherine the Great) and Russell Crowe (The Loudest Voice) earn nods. It used to be big stars stayed away from TV, believing that a single appearance on the small screen would mark the beginning of the end of their careers.

But the appearance of bankable stars on TV isn’t the only reason we’re experiencing the Golden Age of television. It’s the astonishing breadth and scope of storytelling, and available access to these stories, that’s made television the world’s number one pop-culture currency.

It’s remarkable that each of us can find a show that speaks to us. Gay and trans youth find solace and inspiration in shows such as Pose, senior viewers see themselves in Last Tango in Halifax’s loving older couple Alan (Derek Jacobi) and Celia (Anne Reid), and women (and like-minded men) can laugh at loud at the female-centric humour of the Baroness von Sketch Show.

For those who were ignored for so long and kept out of TV’s collective stories, seeing themselves on screen is a revelation. Representation is no longer a nice-to-have idea, it is a moral and indeed commercial imperative.

And this also goes for Canadian culture. Sandra Oh, famously became the first woman of Asian descent to win two Golden Globe Awards this January. Our homegrown TV shows such as Schitt's Creek, Letterkenny, Workin' Moms and the Baroness von Sketch Show are hot export items, garnering international accolades and followers. Television content produced or co-produced in Canada has the highest rate of global “travelability” — the ability for local content to attract audience demand outside of the country where it was originally produced and aired — compared to any other market according to research conducted by Parrot Analytics.

Of course, that’s not to say we don’t have room to do more and better. There are stories here at home that need to be told, voices that need to be heard, faces that must be seen, and only a financially secure and sustainable Canadian TV industry can play this essential role. There is no reason for Canada to be just great when it can be exceptional.

Canadians can now reach audiences that suddenly exist at every point in TV history and in no particular moment in TV time. You can enjoy an episode of The Kids in the Hall one moment and Vikings the next. There are infinite choices, as TV’s past and present co-exist in the same universe.

And the days of the single television perched in front of the living room couch like a golden idol are long gone. Today we can watch what we want, where we want— on our daily commutes or waiting in lines. And we can do so on a multitude of screens — computers, tablets or phones (but please be considerate and invest in a good pair of headphones).

So, take a good look at that Golden Globes list and set aside some time to watch a nominated show. Do the same on February 18, when the Canadian Screen Awards nominations are announced. You will find gold on a silver plate.  Perhaps it’s a series that you’ve been meaning to watch, or a show that you’re not quite sure about. Don’t be afraid to dive in, explore and challenge your viewing habits, because there is so much exceptional TV out there. 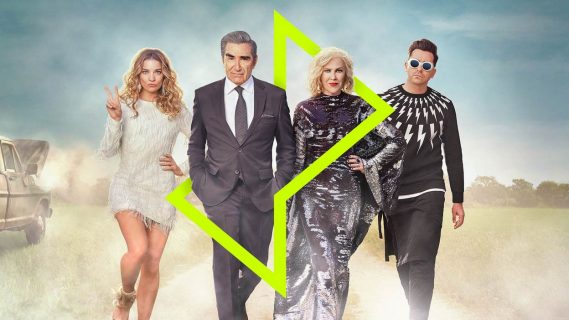 Read more
Mar 1, 2021
We use cookies on our website to give you the most relevant experience by remembering your preferences and repeat visits. By clicking “Accept”, you consent to the use of ALL the cookies.
Cookie settingsACCEPT
Manage consent