Study of Canadian Families and Television in the Digital Age

Television: Chronicle of a Death Foretold? The CMF supports Study of Canadian families and television in the digital age

Montreal, November 14, 2012 - Not only is TV not endangered, but it also has a unifying social impact on the nuclear family across the country. This is the main conclusion of a cross-Canada study—Are the Kids All Right? (PDF 2MB) —on the television viewing habits of families with at least one child aged between 9 and 12 years. The study was conducted by a team of researchers led by André H. Caron, professor of communications at the Université de Montréal and Director of the Centre for Youth and Media Studies (CYMS).

“Young Canadians today live in a different world than that experienced by previous generations. In this context, many well-placed observers have predicted the impending death of television,” says Dr. Caron. “We wanted to test the veracity of this statement, so we set out to meet 80 different families (over 200 participants) to determine the current place of the small screen that has shaped so many childhoods since its creation.”

Presentation of the study
The study was conducted over three years in two phases. In the first phase, more than 500 Canadian children’s television programs were analyzed. The results, published in 2010, showed the decisive quality of Canadian productions. On the other hand, it also revealed significant gaps in the availability and diversity of programs geared specifically to children aged between 9 and 12 years.

The second phase of the study consisted of a thorough examination of the appropriation of media by families and children: in addition to the role, perception, and influence of TV, the study examined how children make use of new screen-based media such as computers, video game consoles, and smartphones. Based on this approach, the researchers interviewed Canadian families in their everyday environment (their homes) in five Canadian cities: St. John's, Montréal, Toronto, Calgary, and Vancouver. The researchers also used the method of focus groups, composed respectively of children, fathers, mothers, and young adolescents in each city.

Results: highlights
“In the evening, when we’re all sitting together, it’s family TV time”
The results of the study show that, as in the past, television remains the media platform best suited to shared family experiences in the five regions visited. Families continue to attribute value and importance to TV. The results also suggest that second screens (tablets, smartphones, etc.) are still not widely used by this group and are not a threat to television: when present, they complement it. Thus, children and parents interviewed across the country consider television as far from being endangered since, because of its dimensions, it is the only screen in the house that allows family members to gather together and watch their favourite shows.

The study also highlighted regional differences in content and practices surrounding television use. For example, the greatest number of hours spent watching TV was in St. John's, Newfoundland, while that city also had the best balance of time spent on outdoor activities. In Calgary, parents’ approaches were by far the most traditional, with greater involvement in decisions regarding program choice and number of viewing hours. In Quebec, there was a desire of parents for more programming for 9-12 year olds, preferably from Quebec.

Canadian content: are children loyal?
The findings also show that parents question the lack of content offered to their children. “Indeed, from pre-school to around 7-8 years, children are relatively loyal to Canadian programming since producers here offer a variety of programs known for their quality. After that, there is a sort of vacuum, and Canadian content for this group becomes more and more rare," laments Caron. Thus, their loyalty to Canadian television fades with time. "However, the 9-12 year old period is a good time to revive children’s interest in Canadian television programming because they still want to spend time with their families and cherish these moments of closeness watching TV together. For Canadian producers, it’s about long-term loyalty to TV 'made in Canada,'" concludes the researcher.

About the study
The study Are the kids all right? is an initiative of the Youth Media Alliance (YMA) and is supported and funded by Bell Media. The translation of the study was funded by the Canada Media Fund, which also contributed to its publication. For more than thirty years, YMA has closely monitored the quality of Canadian children’s television and other screen-based content for children.

About the Canada Media Fund
The Canada Media Fund (CMF) champions the creation and promotion of successful, innovative Canadian content and software applications for current and emerging digital platforms through financial support and industry research. Created by Canada’s cable and satellite distributors and the Government of Canada, the CMF aspires to connect Canadians to our creative expressions, to each other, and to the world.

For the full report of the study, please contact:

For more information about the Canada Media Fund, please contact:

CMF to invest $353M in Canadian television and digital media...

Out to Conquer Canadian TV Viewers: Online Television Vs... 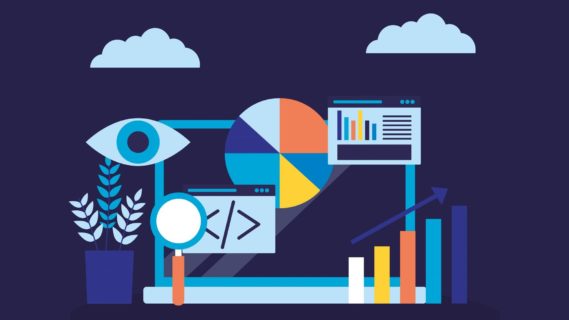 Read more
May 8, 2020
We use cookies on our website to give you the most relevant experience by remembering your preferences and repeat visits. By clicking “Accept”, you consent to the use of ALL the cookies.
Cookie settingsACCEPT
Manage consent