The secrets to developing narrative podcasts

How is it that successful podcasts like Serial reach millions of listeners? A look back on the strengths of a good story, whether it’s told by a campfire or in front of a screen.

Following in the wake of Arte, Télérama and Libération, France’s Slate website has just launched its first podcasts. It’s a sign that the audio tsunami generated by the broadcast of Serial at the end of 2014 has just reached the coasts of France. A veritable phenomenon, this American public radio podcast is the first to have been downloaded more than five million times from iTunes; its production is elaborate and its story, worthy of The Wire.

Ever since this unexpected success, the number of podcasts in North America and Europe has increased exponentially, thereby revealing that the format has enormous narrative potential for genres as varied as investigative journalism, science-fiction, comedy or heroic fantasy.

If podcasts more often than not conjure up classic radio shows that are available through the Internet (think of sports, politics, etc.), this blog post focuses on “narrative podcasts,” i.e., podcasts that tell a story, in an attempt to understand what makes their success.

Whether it’s around a fire or in front of an iPod, it’s all about listening to a story

Although podcast development has depended on operating new technologies, podcasts’ recent success is first and foremost attributable to the use of very traditional storytelling techniques.

As we learn from Jessica Abel in her graphic novel titled Out on the Wire: The Storytelling Secrets of the New Masters of Radio, a good podcast begins with a focus sentence: “Someone does something because ___________, but __________.”

A character, a goal, an obstacle… That’s exactly what we come to understand from the opening minutes of Serial, during which journalist Sarah Koenig explains to us that she has decided to reopen a 15-year-old investigation into the brutal murder of a high-school student by her ex.

“In fact, audio commands the same level of attention than written text and calls upon the same region of the brain,” explains Joel Ronez, former director of new media for Radio France and founder of Binge Radio, a professional network of French-language podcasts designed for the 20 to 35 age group.

“That explains the success of narrative podcasts such as Serial, which takes people by the hand and tells them a story. Audio has an intrinsic linear dimension, and the story must therefore be told from beginning to end.”

The return of the long format

The second particularity of podcasts is that they allow for the return of long, episodic formats. Whether through broadcast or the Internet, the narrator takes the time needed to tell a story that is 30 minutes, 1 hour or even 10 hours in duration.

“With a podcast, time is not as compressed as it is in broadcast seeing as the imperatives are not the same. There is room for long formats and pauses,” adds Joel Ronez. “We can occupy the time spent commuting, doing household chores or walking in the park with our headphones on our head, discovering new stories with a few clicks on our mobile devices.”

The episodic nature of podcasts induces narrative patterns that are typical of serialization. In this regard, each episode of Serial ends with a cliffhanger—a suspense or revelation that forces us to put back into question everything that we thought was true up to then. It creates the desire to devour the next episode.

According to Joel Ronez, it’s also a question of literary tradition: “American culture is focussed on the producer, whereas French culture focuses on authoring. The United States are steeped in a tradition of narrative efficiency, which is not the case here in France. In France, our culture is more of an authoring one, perhaps more creative, yet less effective in narrative terms. But it’s evolving. For example, Transfert is clearly entrenched in this American narrative tradition.”

Transfert is a Slate.fr podcast. It features individuals who tell us neighbourhood or family stories in 20 to 30 minutes filled with sensational revelations and shameful secrets. Each episode focuses on a different story and a different character. However, to create a personal contact with listeners, journalist Charlotte Pudlowski uses her voice to present and contextualize the story at the beginning of each episode.

Creating an intimate connection with listeners

Another one of the secrets that explains podcasts’ effectiveness is their capacity to create a connection with their audience and develop an intimate storyline, a trend initiated by the first blogs. “We have gone from an era of federative media, i.e., broadcast media (television, radio and so forth), to an era of podcasting, of niche media,” adds Joel Ronez. “Podcasts are available on demand and operate on a subscription-based model. For people to want to return for more, they need to have first developed a particular affinity for the product.”

And audio would appear to be the most appropriate media support to create intimacy. Indeed, it is easier to open up in front of a microphone than a camera. The absence of images inspires confidence. It’s the perfect landscape for sharing personal and moving stories.

Whereas video confessions are considered as a form of voyeurism, audio confessions are perceived as discrete and sensitive. The English podcast Spark made a trademark out of it: the narrator uses the first person to tell in less than five minutes a story that happened to him and the theme varies from season to season. To this day, the audience continues to grow.

Finally, audio podcasts use the power of audio editing to play with different sound textures and recreate credible universes. Serial uses original police interrogation recordings taken the day after the discovery of the corpse of the young Hae Min Lee in Baltimore (USA) in 1999.

He hear the hesitant voices of the suspects, the throat clearing of dubitative officers, coughing... We also hear the phone conversations between the journalist and the young man found guilty of the murder, directly from within the prison where he is serving a life sentence. The immersive effect is gripping and dramatic…

An example of binaural sound (headphones are needed)

Narrative podcasts tell us captivating stories that use classic literary and audiovisual codes which are made to be that much more intimate. Thus, although the podcast’s initial success is attributable to the iPod, it brings us back several millennia in time, to an era where everyone assembled around a fire to listen to stories.

The only difference is that the light of the yesterday’s fire has been replaced by the brightness of today’s screen and—sign of the times—the story is no longer told to a small group but to a crowd of dispersed individuals. 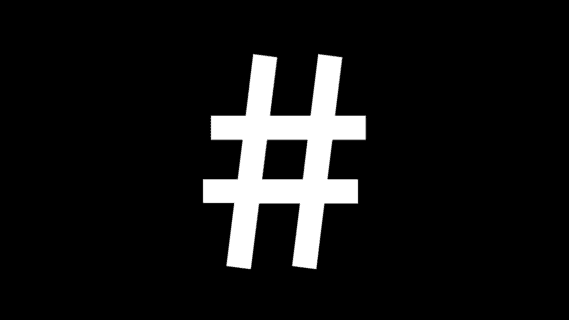 Developing Your Audience: Going Beyond the #Hashtag

What Future Is There for Podcasts...

Audio Content for Young Ears: Why Create Podcasts for Kids...

Read more
Aug 16, 2019 / Prune Lieutier
We use cookies on our website to give you the most relevant experience by remembering your preferences and repeat visits. By clicking “Accept”, you consent to the use of ALL the cookies.
Cookie settingsACCEPT
Manage consent