Wattpad: Canada’s storytelling YouTube is poised to conquer the world

With 45 million subscribers, Wattpad has become in the space of 10 years the leading “social reading” phenomenon. Portrait of a Canadian success that has transformed how stories come to life on the screen.

Founded in Toronto in 2006 by Allen Lau and Ivan Yuen, Wattpad boasts one of the most spectacular growth models of the applicative economy in the past years.

Initially nothing more than a platform to distribute content, make comments and share stories created by users, Wattpad has since expanded its offer of complementary services.

There’s the Wattpad Stars program that focuses on the promotion of top user-authors and their participation in branded content (the Brand Stories subsidiary) coproduced with companies such as Apple, Unilever and Cadbury, Wattpad Words (an editing tool) as well as Wattpad Insights to analyse trends and popular topics.

Most recently, the Wattpad Studios media unit was developed to sell, coproduce and promote films as well as web and TV series based on the most popular stories making up its catalogues (250 million original entries developed by close to two million user-authors).

Say goodbye to books and hello to stories

Ever since it was initially uploaded, Wattpad has sought to make its mark among other social apps dedicated to reading such as Scribd, GoodReads and the now defunct Shelfari platform, scrapped last June, four years after its acquisition by Amazon (which also owns GoodReads).

The strategy is simple: build up communities of readers around stories published one chapter at a time by user-authors and then enable the user-readers to directly comment their favourite surprise developments.

This dialogue allows authors to redirect the story from chapter to chapter based on what their fans appreciate most while regularly gratifying fan engagement with a certain influence and recognition from their favourite authors.

This model is particularly effective, as demonstrated by the 15 billion minutes spent each month on the application and sessions lasting an average of 30 minutes. What more, 90% of subscribers use Wattpad on a mobile device and the app’s activities are today available in more than 50 languages.

Another one of Wattpad’s strengths is that it attracts popular authors and serves as a springboard to allow editors and media property managers to more quickly identify and recruit its most highly appreciated authors—with supporting figures.

We find known figures such as R.L. Steine, who created the Chair de poule series (80,000+ subscribers on Wattpad), and much rewarded author Margaret Atwood, whose The Happy Zombie Sunrise Home horror novel co-written exclusively with Naomi Alderman for this platform was read more than 1.2 billion times.

We also find influencers such as comedian Amy Poehler or former One Direction singer Zayn Malik, who offered as a sneak preview to his fans on Wattpad the first excerpt of his biography titled Zaynbefore its official distribution worldwide. 190,000 fan fiction works inspired by the singer generated no fewer than 17 million minutes of reading since January 2015.

Wattpad also contributed to the launch of young viral authors such as Taran Matharu, who, at the age of 25, saw his series The Summoner published and translated in 13 languages after having racked up one million reads in the space of four months (over 7 million reads to date).

Matharu recently explained to The Guardian how Wattpad had him change his writing style and the way he writes. The application compelled him to finish a chapter per day and therefore write shorter chapters, making his stories concise and brief in both form and content.

From editing to entertaining

Wattpad, which now presents itself as a multiplatform entertainment company in tune with the latest cultural trends and most recent social phenomena surrounding “YA” (Young Adults) novelization, proposes to radically transform how studios and media conglomerates clear and produce their content, namely since Anna Todd successfully sold the rights to her first novel After to Paramount Studios after having clicked up a record total of one billion reads. 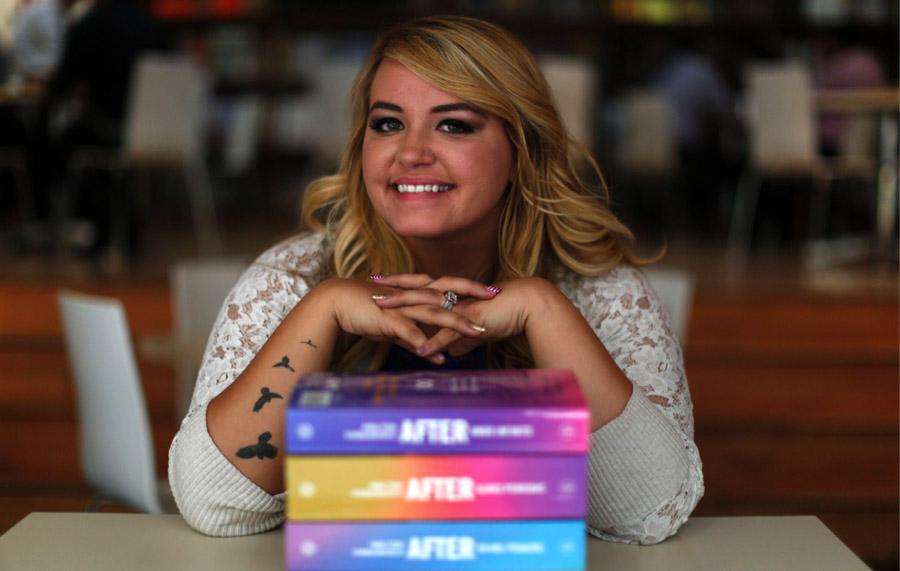 Anna Todd, the most popular author on the Wattpad platform (Source: SIPA)

Aron Levitz, who manages Wattpad Studios, revealed during the Enterprising Culture forum held in Toronto last September that the Philippines represents the second-largest market for the Canadian platform. Following an agreement with giant Summit Media and the TV5 chain, more than 200 episodes of the Wattpad Present webseries were adapted for TV and the web from stories initially published on the platform.

Levitz even went so far as to state that Wattpad had predicted the success of Pokémon GO and the rise to celebrity of Kim Kardashian because of the increasing number of stories dealing with these phenomena published well before they became notoriously popular throughout the planet.

Seizing on this, Wattpad has just launched with TNT a contest among Wattpaders, inviting them to come up with stories that will be included in the next iteration of the cult series Tales from the Crypt in 2017 after having observed a renewed interest among its users for horrific stories showcasing malefic puppets. 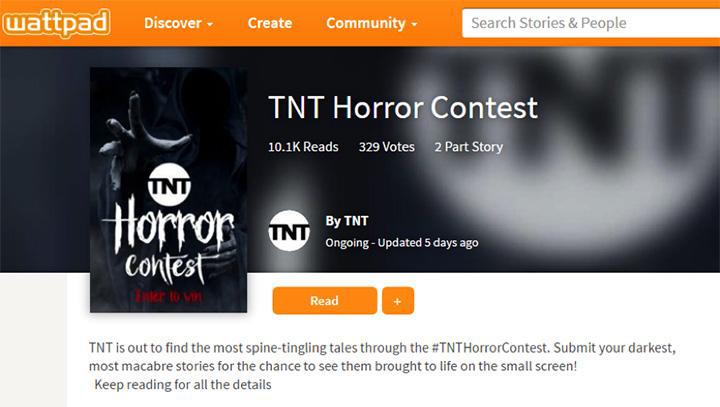 In turn, major brands such as Warner, WME, retailer Target and Cosmopolitan magazine use Wattpad as their social network of choice to better promote their media properties.

The same goes for USA Network and A&E which entrusted Edward Mullen (The Art of the Hustle) with the mandate to develop on the platform stories inspired by the DIG and The Returned TV series while their respective season premiers were being broadcast. Another example is 20th Century Fox, which bet on the buzz among Wattpaders for The Fault in Our Stars and created a namesake account displaying advertising banners associated with original stories inspired by the popular novel.

Named innovator of the year by the Canadian Innovation Exchange (CIX), Wattpad intends to maintain its momentum while keeping the application absolutely free for users. The priority is to maximize the current revenue model based on the sale of advertising banners, fan-funded editing, branded stories, and the coproduction of derived content.

“We are currently developing the next great entertainment giant right here in Canada,” stated CEO Allen Lau with delight.

Focusing on the largest community of social readers in North America, South America, Europe and Asia, Wattpad has created new models for the editing industry and seems to have successfully reinvented how stories are read, written and shared. 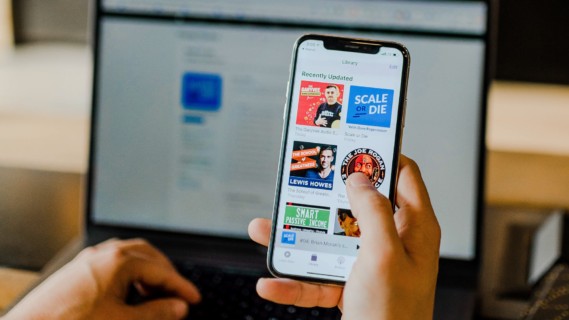 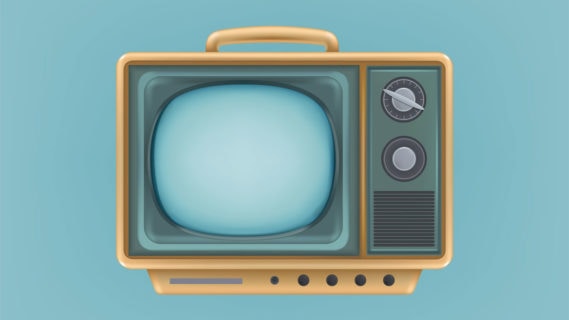 Out to Conquer Canadian TV Viewers: Online Television Vs... 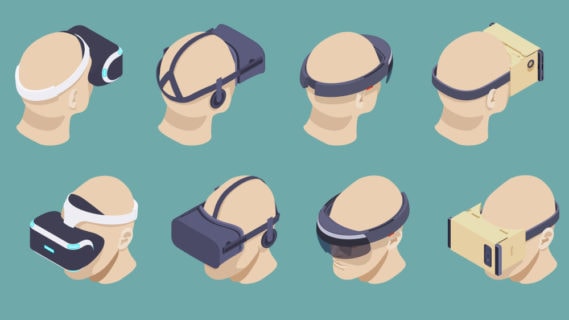 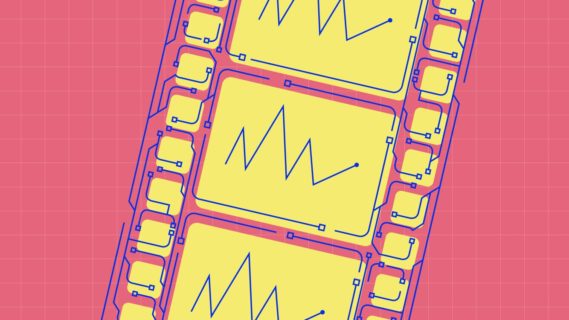 Read more
Nov 13, 2018 / Industry & Market Trends | Veille stratégique
We use cookies on our website to give you the most relevant experience by remembering your preferences and repeat visits. By clicking “Accept”, you consent to the use of ALL the cookies.
Cookie settingsACCEPT
Manage consent