In collaboration with Femmes du cinéma, de la télévision et des médias numériques (FCTMN), CMF Trends meets inspiring women as part of a content series focused on female entrepreneurship in the screen-based industries. We begin this new series by drawing up the portrait of Montreal-based animation production company CarpeDiem Film & TV, founded 14 years ago by Marie-Claude Beauchamp. Report of a discussion on ambitions, the showcasing of brands on the world stage and funding challenges.

> Read more profiles of women entrepreneurs in the screen-based industry

The beginnings: “taking stock of the day” based on past achievements

By her own admission, Marie-Claude Beauchamp has always had an entrepreneurial spirit. Even though her background in theatre, song and dance destines her to perform before an audience, it is behind the scenes that she makes her mark by founding her own theatre company at the age of 17. She is intuitive, grasps that the film and television industry has potential and begins working for Multimedia Group, where she learns the ropes of distribution. She then founds her first company, Média Max, which offers audiovisual content import-export and international coproduction packaging services.

“At the time, the Canadian government was focused on signing a multitude of coproduction treaties and there was an obvious business development opportunity to be seized in order to ‘activate’ these treaties.”
She later joins the ranks of Prisma and then of CineGroupe, where, as vice president, she develops her expertise in animation and youth production. She is later solicited to develop different business plans, but prefers to focus on the development of her own plan. With an international address book in her back pocket and extensive knowledge on how to produce and fund projects for young audiences, the CarpeDiem Film & TV adventure can begin. 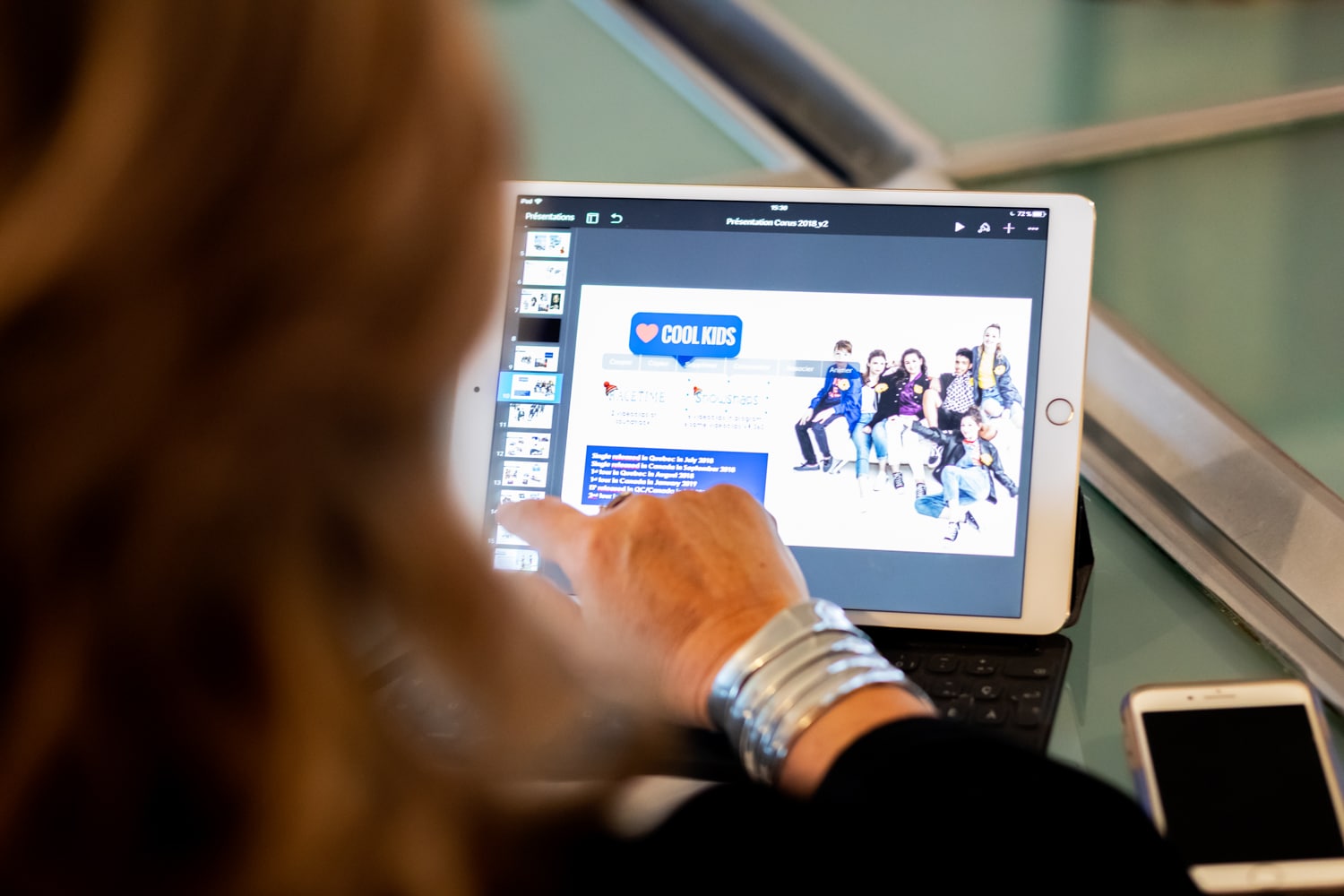 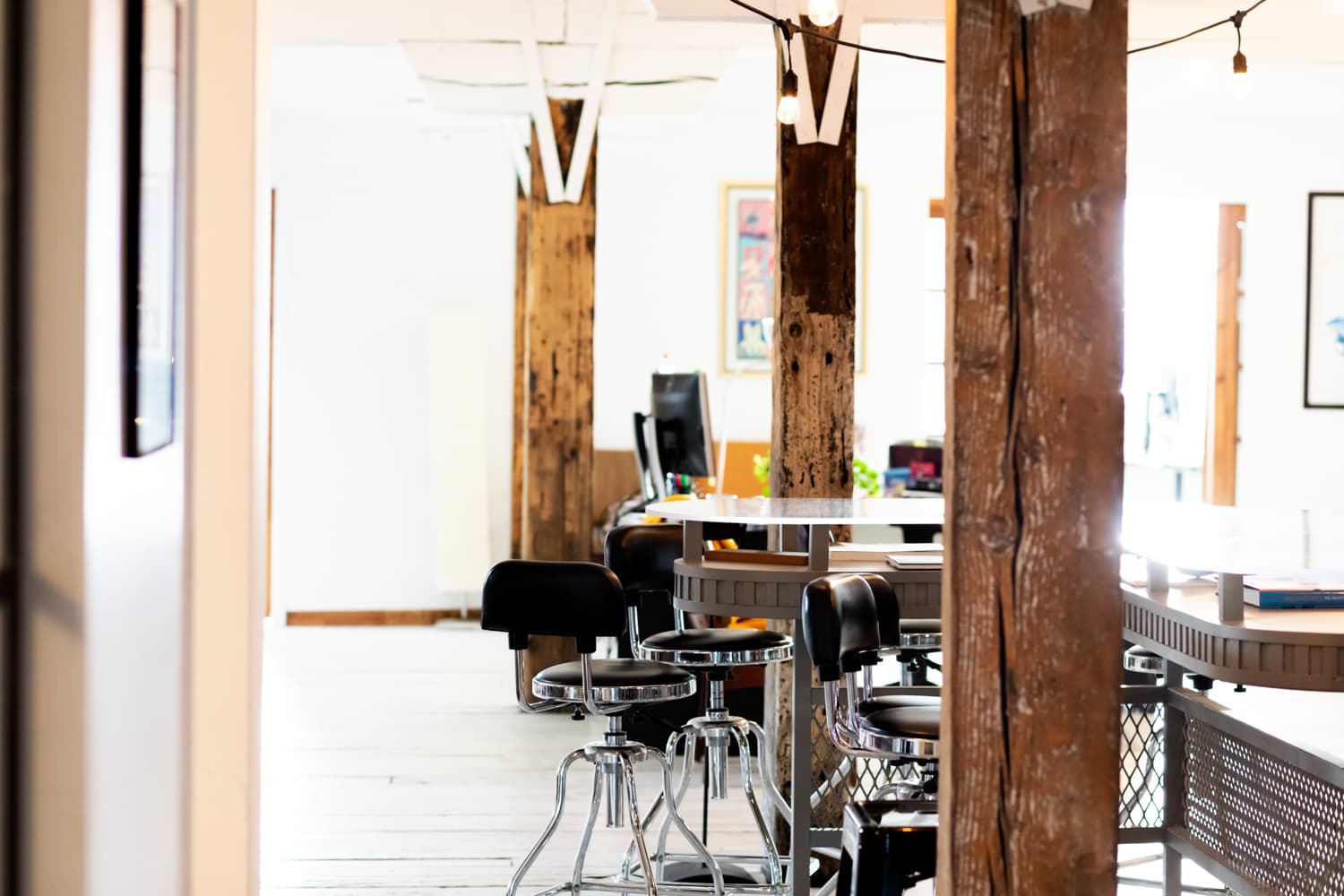 At the heart of the business model: the development of brands with an international scope

There is a clear vision behind CarpeDiem Film & TV: seeing as youth and family production, and the production of animation in particular, raises both funding challenges and opportunities to seduce audiences throughout the world, the international dimension is at the heart of the business model, whether it be through coproduction—which must remain a project necessity—or through funding. Also, to make one’s mark in a competitive sector that is dominated by American giants, one needs to develop strong and authentic brands that are based on intellectual property with added value and to stay constantly abreast of market opportunities.
“To go beyond the Quebec and Canadian markets, you need to permanently connect to what is done elsewhere. You therefore need to be present in the film and television markets, read multiple business intelligence sources and develop alliances with companies that operate similarly to how you operate.”
Also, each production is henceforth designed as an enterprise that must be sellable as several distinctive brands. The genesis of the Snowtime! project is an excellent example of this. Producing an animated version of a Quebec cult film is a risky gamble: you need to at once find the initial fans, seduce a new generation of fans and produce a film of international calibre. To reach this triple objective, CarpeDiem Film & TV works on several fronts. 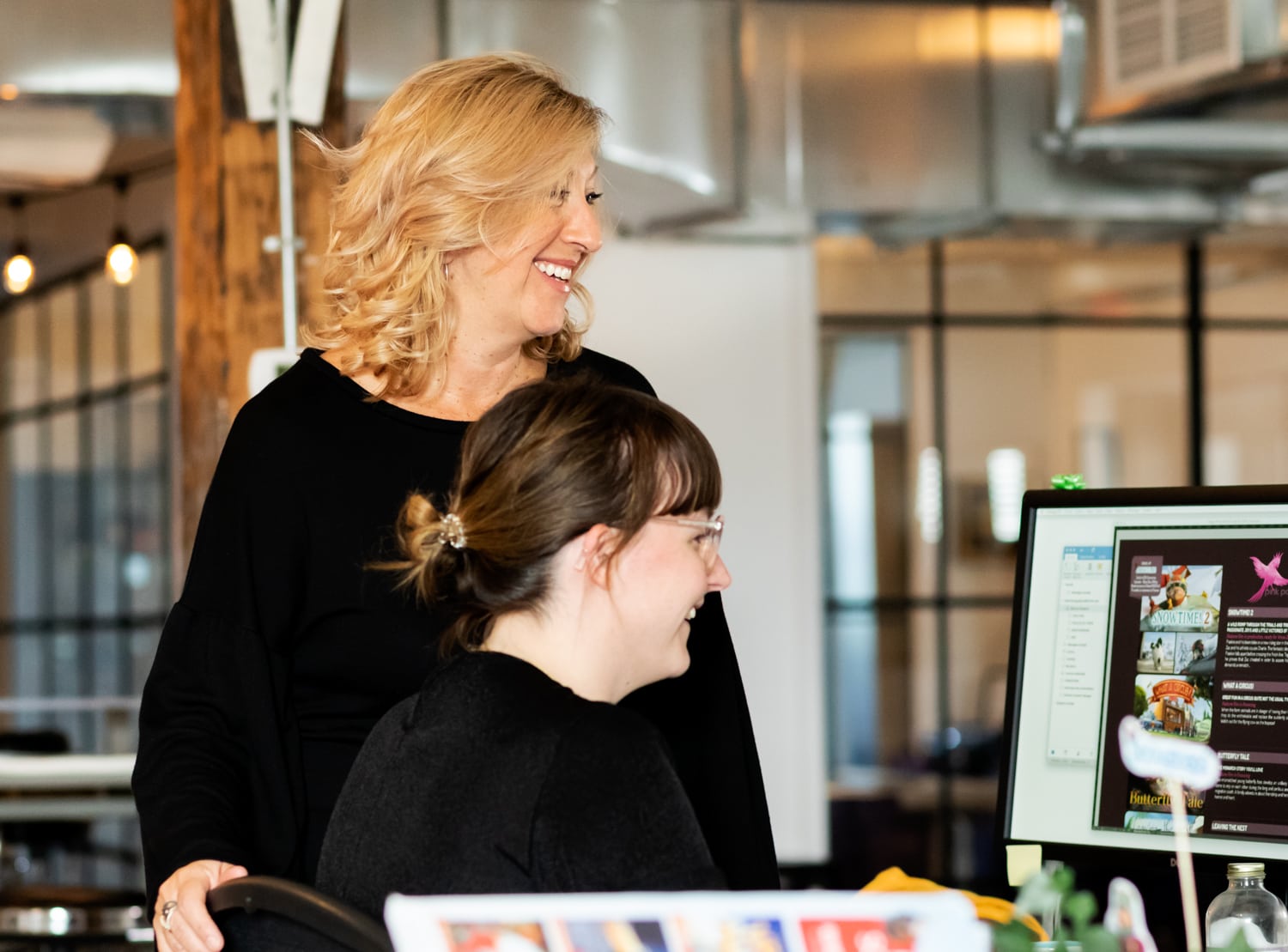 If contests and studio visits allow the nostalgic to take part in the creative process and thereby take ownership of the film’s visual, it is the sponsorship research strategy that makes it possible to reach a new audience. Among the main collaborations, we can cite the partnership with Natrel, which led to the sale of 7 million milk cartons presenting Snowtime characters throughout the province of Quebec, as well as the commercialization of tuques by Kombi. The sponsorship thus becomes the financial lever needed to deploy proximity brands, including the “Tournée des Tuques” or a series of six weekends in eight cities in Quebec where 35,000 children rediscover the pleasures of playing outdoors in the winter.
Finally, the strategy around the development of the soundtrack with renowned Quebec artists is a factor of success both locally and internationally. The group Simple Plan is chosen for the English version in the hopes of seducing the Asian market, where the group enjoys great notoriety. The presentation of the feature film on 4,000 screens and the 149 million views that the film has racked up on Chinese platform Youku are testimony to the film’s success.
“We knew from the start that the project would not be limited to an animated feature film and therefore acquired the rights accordingly. We were right to do so.” 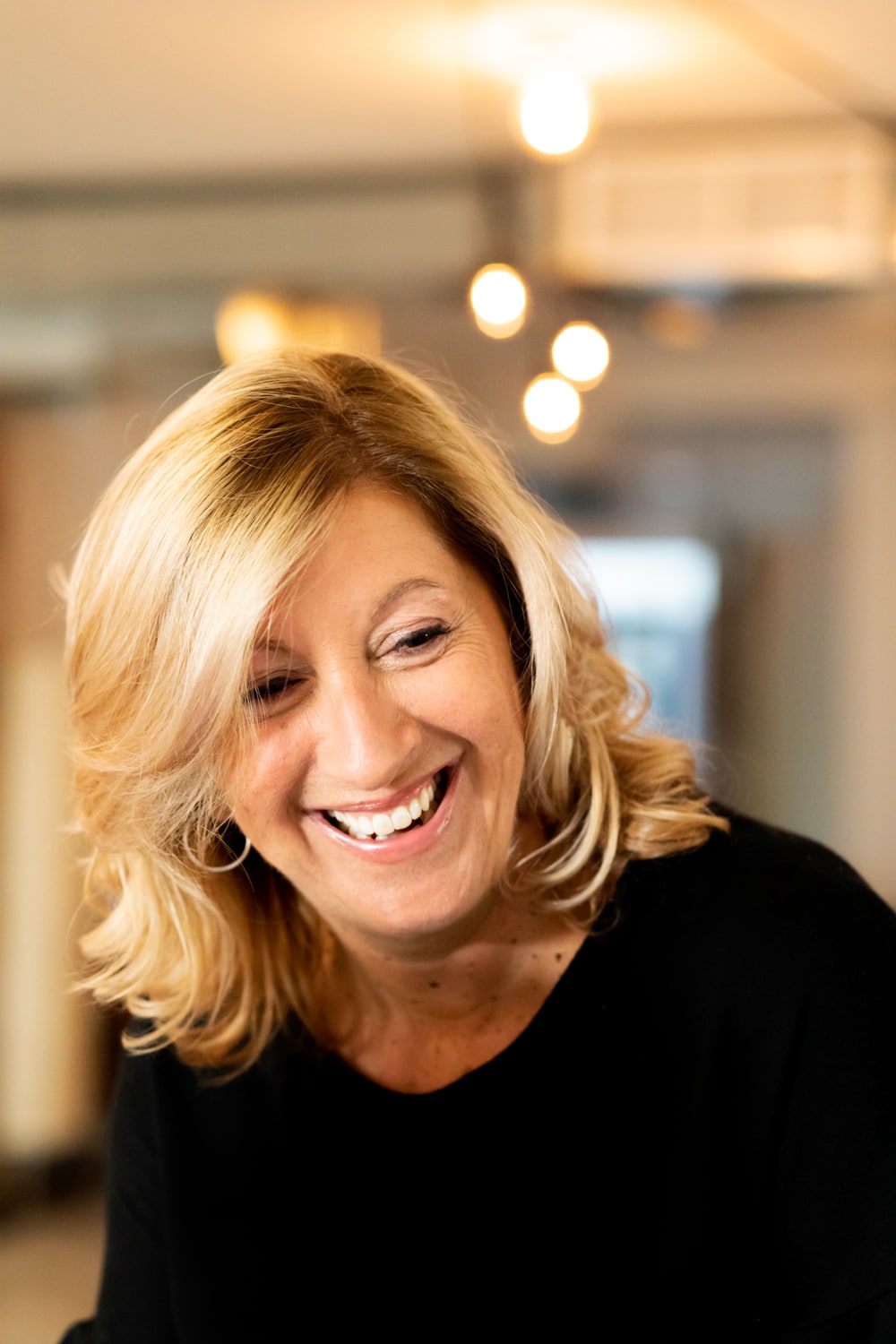 Indeed, the “Snowtime!” brand quickly gave rise to a co-brand, “Snowsnaps”, i.e., a TV series targeting younger audiences. Music also plays a major role in this project and CarpeDiem Film & TV enters into a partnership with Musicor to have the Cool Kids band, formed by young singers aged 13 to 16, tour throughout Canada during the summer of 2018, i.e., in advance of the release of the band’s album. And the deployment will be followed by a second feature film, Racetime.
Moreover, if the concentration of different brands within the company is an asset when it comes to showcasing contents, funding remains the crux. Thus, to maximize presale opportunities, in the spring of 2018, Marie-Claude Beauchamp founds a new distribution company, Pink Parrot Media, which is located in Spain and henceforth serves the role of sales agent for the projects developed by CarpeDiem Film & TV among other producers, including French company Favola Films.

The feminine side of the force

The lack of recognition of female entrepreneurs, which we had already covered in a post on women in media and technology, is not a foreign concept to Marie-Claude Beauchamp. What she lacks from the onset is financial credibility not only because she is a woman, but also because financial institutions are not always comfortable negotiating with artists who perceive each project as a prototype. Furthermore, she is actively at work to shake things up, the goal being namely to have institutional funding adapted within the Alliance Québec Animation that she chairs.
Cultural differences are also an issue for a female entrepreneur: “Developing the Asian market takes time but it’s especially challenging for a woman.” However, she is convinced that being a woman helped her along the way: “I believe that we are more intuitive and are more skilled at multitasking, which is a fundamental skill in this line of work. With respect to the rest, as for any other entrepreneur, you need to believe in your vision and have a very good idea of what you want.” 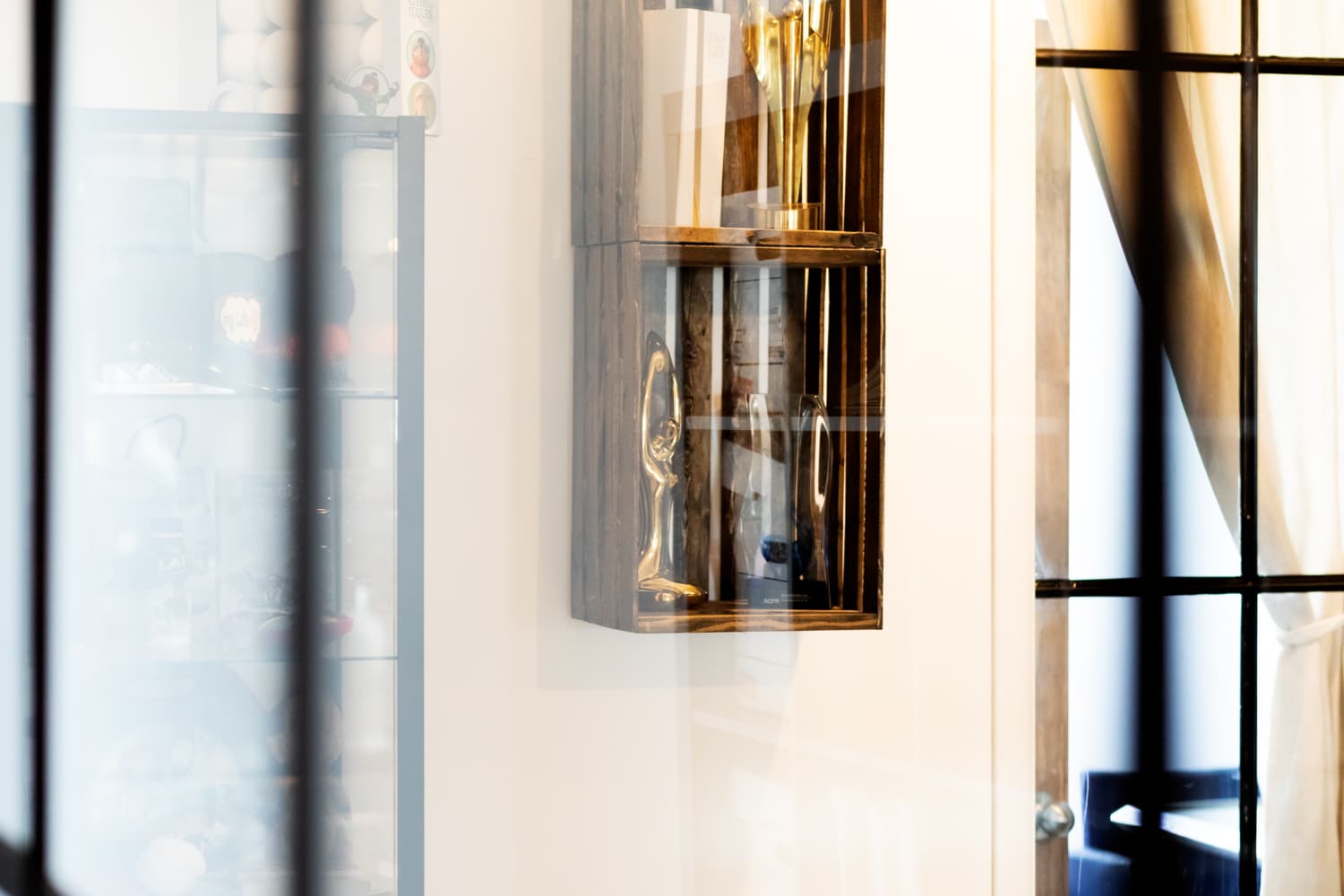 So, then, are things easier for women? “No, things are harder for us and that forces us to develop our leadership and determination.” Her occupation has her cross paths with many women who head television broadcasters’ youth and family programming yet remain underrepresented within certain occupations. “That makes it difficult to comply with gender-sensitive measures at the current time. For example, there are still too few women in the market who direct animation series to meet the criteria and it’s a real challenge for producers.”
She acknowledges that she is ambitious and seeks to push her small team of ten to surpass themselves as she does so that each project put forward by CarpeDiem Film & TV radiates globally. It is certainly this determination that explains why she is a finalist for the Femmes d’affaires du Québec award this year. 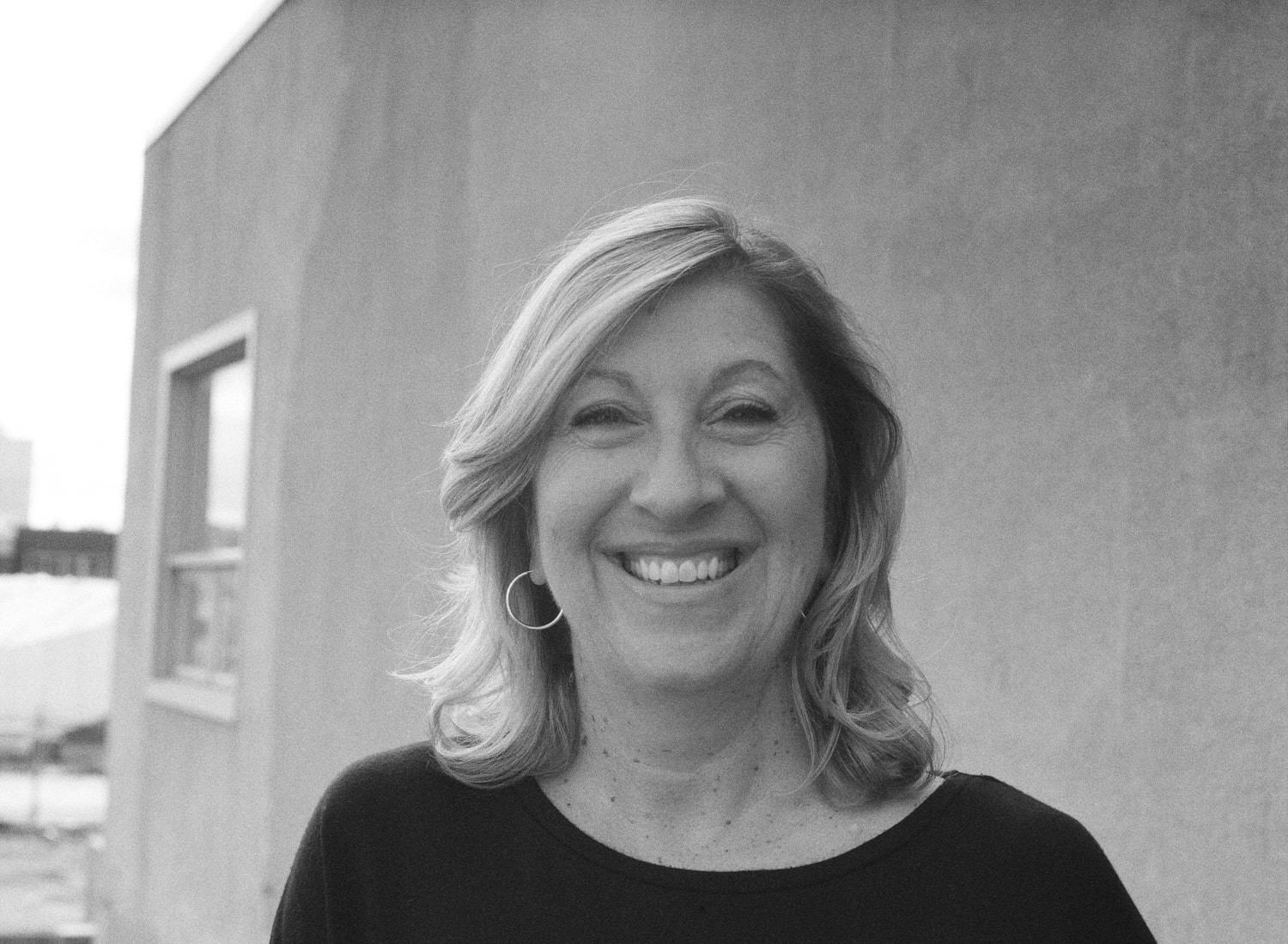 Brigitte Monneau is the executive director of Femmes du cinema, de la télévision et des médias numériques, i.e., the Quebec chapter of Women in Film and Television International, since October 2017. She began her career as legal counsel for television production companies before joining Telefilm Canada where she several professional and managerial positions. She namely worked as director of coproductions and director of international relations in addition to managing several teams responsible for business relations and program administration for the Canada Media Fund. She is passionate about current affairs in the screen-based industry as well as the showcasing of content here and abroad.
Read Bio
Related articles 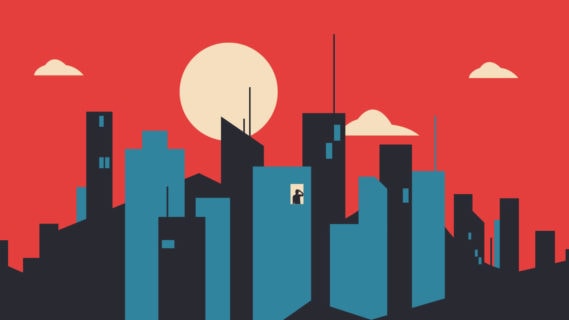 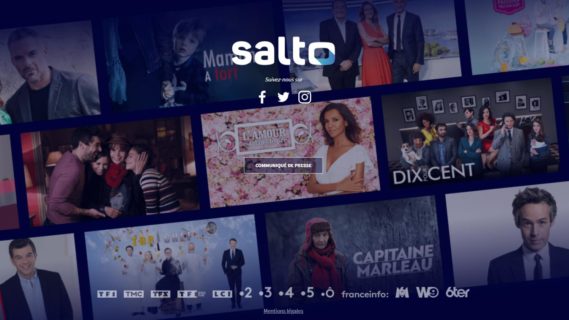 Read more
Apr 10, 2019 / Jean-Claude Cadot
We use cookies on our website to give you the most relevant experience by remembering your preferences and repeat visits. By clicking “Accept”, you consent to the use of ALL the cookies.
Cookie settingsACCEPT
Manage consent