Shield Five: How Does One Design a Series for Instagram?

Can the popularity of social networks lead to a new way of imagining the concept of the webseries itself? For now, one must look toward Instagram and Shield Five, an episodic thriller specifically designed for the very small screen. Encounter with producer Anthony Wilcox and screenwriter Adam Dewar at the Série Séries Festival in Fontainebleau, an important European series think tank that was held from June 29 to July 1, 2016.

Shield Five was launched last February on Instagram, at a rate of one episode per day (for a total of 28 days) uploaded at exactly 5:00 p.m. (GMT). The hero is a driver employed by a security firm who is accused of having participated in a diamond heist and played a role in the death of a colleague. The series follows him while he is at large and the police are tracking him down.

It’s a movie thriller scenario, inspired by the film The Fugitive, that aims at subverting clichés with respect to what is expected in a webseries, according to Anthony Wilcox: “We wanted to surpass expectations, such as with respect to close-ups, and produce genre films with special effects, CGI explosions and pursuits. It was also a way to acknowledge that people watch lots of blockbuster movies on their smartphones or tablets and even entice them to watch Shield Five on the big screen.” That is why the 16:9 format was chosen instead of Instagram’s traditional square format.

Coming from the world of traditional cinema and having worked as assistant producer on great films the likes of Layer Cake, Bright Star, Hot Fuzz and The Deep Blue Sea, Wilcox delivers a very efficient show but nevertheless considers Shield Five as an experiment: “It’s hard to broadcast a short film. We therefore had to ‘serialize’ it and use a platform like Instagram to reach a large audience.”

The series is divided into 15-second episodes, a constraint imposed by Instagram. However, this restriction comes with unexpected advantages: the episodes are watched in a loop, like a long, high-quality GIF. “At the first viewing, this loop effect creates the illusion of not knowing when the episode ends or even that it is longer than it really is,” contends Wilcox.

Shield Five may not be a pioneer on the platform—InstaMiniSeries (27,100 followers) posts episodes since November 2014 including recently—but the series quickly attracted 29,600 followers hung on the new developments and additional information that trickle out through newspaper articles, SMS, emails or character case files in between episodes.

The first episode of Shield Five:

Screenwriter Adam Dewar explains: “We included these complementary images because, of course, Instagram is a photo network, but also to fill in the blanks and provide obvious information (names, professions, places) that you don’t have time to slip into a 15-second episode. These images added to the mystery and allowed the audience to play with the intrigue like a puzzle.” In fact, watching the episodes end on end without these hints would make it hard to understand the film.

Social network and interaction go hand in hand: “There’s the first level of intrigue,” explains Wilcox. “The episodes being filmed from the point of view of a character’s smartphone or a dashcam (mounted on a vehicle’s dashboard to record what the driver sees). There are thousands of hours available on YouTube, and it’s fascinating after a while to see these objects or characters come in and out of the frame without sound. Viewers may study the image and detect a missing detail.”

But it’s the comments and ‘Likes’ that were the determining factor. “We didn’t really know what to expect but the primary goal was to answer questions and fool the viewers a bit. They began elaborating conspiracy theories involving such a character, things we had not even thought of,” adds Dewar. “Seeing as we had shot everything in advance, we obviously couldn’t incorporate ideas or suggestions into the scenario. However, we were impressed by viewers’ level of involvement. We had totally forgotten that certain South American or Chinese viewers could not understand the English accent and dialogue. And there was no room for subtitles on the screen. However, even before we had the idea of transcribing the dialogue in the comments, certain viewers did it spontaneously,” concludes Wilcox.

The measure of success

Shield Five was filmed using a Canon C300 camera over a four-day period in London in October 2015, but the screenwriting and preproduction stages were the longest. “From Christmas 2014, it took us ten months of work with Adam to have a ready-to-film scenario. It would have been disastrous to improvise at the film shooting stage,” recalls Wilcox.

And how is the series’ success measured? “Based on the number of Instagram followers, on the fact of having been nominated for a Webby Award or invited to the Série Séries Festival in France, but not based on the money, that’s for sure. The series cost 15,000 pounds sterling. That was just enough to pay for the equipment and food but not the actors. We could have resorted to product placement to increase the budget but what I wanted more than anything else was to tell a story. An Instagram user commented early enough: ‘I like the series, I just hope that it’s not a car commercial.’”

For Wilcox and Dewar, what’s important is that people talk about Shield Five. They have drawn lessons from the experience. As Wilcox states: “In my opinion, 28 episodes were too many. Between 15 and 20 would have been ideal seeing as we reached a peak number of followers after the ten or so first episodes and never really managed to surpass that peak thereafter. However, I do not regret that we chose to broadcast them one after the other instead of in a single block as had been suggested to me. One episode per day made it possible to create a progression. Viewers seemed to get attached to one character in particular. It’s the type of investment that could not have been done in a binge watching scenario.”

What about a season 2? “We are thinking of a spin-off showcasing certain characters, but something bigger and not necessarily on Instagram. Although I would be excited to create something new online. There’s this freedom that comes with bypassing the middlemen, TV people for example. But at the same time, I appreciated the limits imposed by Instagram because we could play with them a little. I’ll simply need to familiarize myself a bit more with Periscope or Snapchat.”

Léo Soesanto is a journalist and festival programmer. He is the editorial director of Soap, a new magazine on TV series. He is also the programming director of the International Independent Film Festival of Bordeaux and programmer of the TV series section of the Rotterdam International Film Festival. He heads the feature film selection committee of the Semaine de la Critique du Festival de Cannes.
Read Bio
Related articles

What Does It Mean for the Media Industry to Innovate... 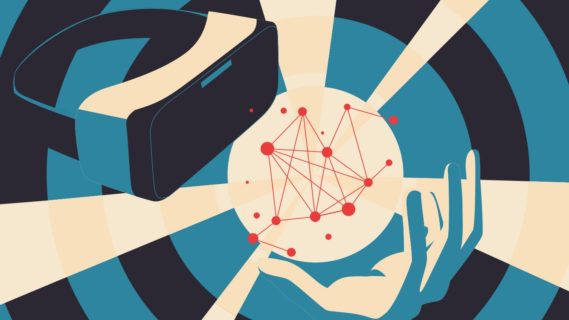 Futur et médias Podcast – Does the COVID-19 Signal Yet...

Between Futurism and Scepticism: What Does the Future Hold...

Read more
Jun 22, 2020 / Jason Della Rocca
We use cookies on our website to give you the most relevant experience by remembering your preferences and repeat visits. By clicking “Accept”, you consent to the use of ALL the cookies.
Cookie settingsACCEPT
Manage consent