Read the report on our recent consultation
Now & Next Menu
Jul 9, 2018 / Leora Kornfeld

The International Buyers’ Coalition: An Alternative to the Goliaths of Streaming

What are the best options for producers when it comes to selling and distributing a film or TV series? A consortium of documentary buyers takes on Netflix, Amazon Prime Video and other streaming giants by offering rights and ownership retention among other things.

Where there were once cords, there are now streaming dongles, boxes and sticks. Most of us know what this implies for viewers, but what are the implications for producers?

As over-the-top (OTT) providers grow their subscriber bases around the world, billions are being invested in content acquisition. For 2018, Amazon Prime Video has earmarked $5 billion and Netflix has budgeted $8 billion for creating and licensing new shows. That’s not to mention the $500 million over 5 years that Netflix has pledged to fund productions north of the 49th parallel.

And there’s a recent study that estimates that within 2 years, close to 11 million Canadian households will be subscribed to streaming services such as Netflix and Amazon Prime Video, thereby making OTT a more popular choice than traditional TV for the first time.

A counterbalance to streaming giants?

Not surprisingly, the top-of-mind question for many producers is whether or not reaching a deal with one of the streaming giants is the way to go in what is becoming a post-broadcast world. The budgets are sizeable, the reach is global and the subscriber base is only going to get bigger over time. However, there are trade-offs, of course, the most significant of which is that ownership rights must often be handed over.

This initiative is part of a global movement toward strategic alliance-making between legacy media to counterbalance Netflix and Amazon. Recent examples include the European Media Alliance and the France Télévisions–RAI–ZDF partnership, “whose aim is to finance innovative, qualitative and bigger TV series for the viewers in Europe and all around the world”.

Speaking recently at Hot Docs, Ro*co Films’ Annie Roney, one of the driving forces behind the International Buyers’ Coalition, admitted that despite the pooling of multiple players’ budgets, it was unlikely that the coalition could come close to matching the financial enticements of major OTT providers.

So why even try? Can a group of Davids really take on the Goliaths of streaming?

The advantages of working with public service broadcasters

Mandy Chang, commissioning editor for BBC’s Storyville and a coalition member, sees the group as embodying the spirit of public service broadcasting: people and organizations centred around a shared goal of telling important stories and getting those stories out to as many people as possible.

Lois Vossen of PBS’s Independent Lens, another coalition member, noted that she had witnessed firsthand the frustrations of filmmakers who believed in the importance of having a broadcast window for their documentaries, generally on public media. However, the terms and conditions of Netflix’s deals prevented such airings.

The coalition therefore fills a blank space for documentary producers, where competing with the major streaming platforms happens not in terms of dollars but of deal terms.

The benefits of working with the coalition include the following: one-stop shopping for multi-region deals, rights and ownership retention, on-the-ground marketing and publicity support, versioning assistance, data on a film’s impact both online and offline and a true partner that has a passion for the documentary genre.

“We see ourselves as problem solvers,” said Roney, who previously handled international distribution for the acclaimed documentary series’ Frontline and Nova.

A recent International Buyers’ Coalition acquisition was The Fourth Estate, a 4-part series documenting a year inside the New York Times’s coverage of the first 18 months of the Trump presidency.

The Fourth Estate was the closing night selection at this year’s Tribeca Film Festival and will be aired on Showtime in the US, the BBC in the UK and RTE in Ireland.

A different edit of the series was made for the Irish national broadcaster to better speak to the knowledge level of viewers there. According to BBC’s Mandy Chung, “this kind of collaboration is very rare these days”, adding that it is what sets public media apart in a world where a handful of streaming platforms are imposing new rules and norms.

“If a filmmaker’s first priority is revenue and a Netflix Original offer is on the table, a coalition offer won’t compete,” said Annie Roney. “But if a filmmaker is also interested in a film’s impact and developing their relationship with the international broadcast community, a coalition offer can prove to be competitive.”

The New Goliaths of Video Gaming 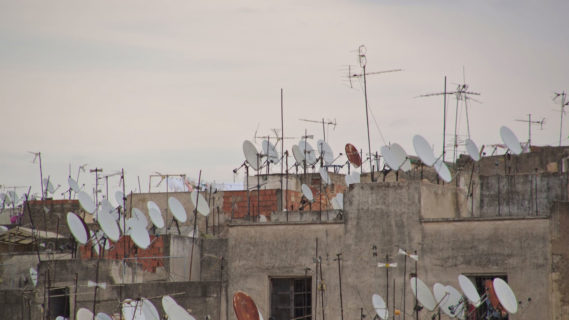 The Race for Content: The Global Streaming Landscape in 2018

Read more
Aug 30, 2018 / Leora Kornfeld
We use cookies on our website to give you the most relevant experience by remembering your preferences and repeat visits. By clicking “Accept”, you consent to the use of ALL the cookies.
Cookie settingsACCEPT
Manage consent