When YouTube started rolling out its channel strategy and announced an initial $100 million investment to create original content for its platform last year, producer-partners were offered a production advance and an enhanced revenue sharing opportunity. After focusing on powerhouse Machinima, it’s time to put the spotlight on three other producers who have also figured out how to attract outside investors.

Maker Studios – a group of early YouTube artists, filmmakers and technicians – was entrusted with creating content for three channels. With offices located in a huge LA complex deserted by traditional production houses, the company – led by Danny Zappin and Lisa Donovan – is a talent pool of people with creative licence to make very low budget productions ($1000 per clip). To hear the first private investors – including Mark Suster of GRP Partners – tell their story with great enthusiasm please click here.

Since first opening for business in 2009, Maker Studios has been managing 600 channels and is behind tons of huge hits including The Moms View and the Ray William Johnson channels. Not only is management very talented at recruiting content creators who appeal to the masses, they’re also experts at learning from feedback and existing web communities. They know how to pinpoint niches to adapt their content to them without being afraid of discarding clips, tweaking content or going back to the drawing board. There’s nothing like a fast-paced flexible process to attract both capital and talent to the web content scene. At least that’s what Maker Studio animation chief Glasglow Phillips – who used to be a staff writer (for South Park, among other shows) ­– thinks. You can listen to his comments by clicking here.

“I loved being a comedy writer in television. It’s great, but it’s also really structured. You can spend a year in a conference room with people that are very funny. But that’s a long cocktail party. Here, it’s ideas in the morning, content in the evening. Pass. Fail. Either people watched it or they don’t.”

Here’s how Lisa Donovan and Danny Zappin explain their business model. First you share the audience between channels, then you sell brand integrity to advertisers and finally you make sure producers are totally committed to their community. And what exactly is the Maker Studios mandate? Scoping out hits-in-the-making, lending their creators a hand and sharing advertising revenues with the new talent.

Many of the creators who develop, produce and post content online become well-known Hollywood TV producers within a matter of months. Take writer, director and producer Brian Robbins, for example. The mastermind behind smash hits One Tree Hill and Smallville, Robbins now heads AwesomenessTV. Founded just a few short weeks ago, AwesomenessTV is 100% “new generation YouTube” with the new YouTube having wide-open channels targeting teens, an often-hard-to-reach demographic. Capital was also a key player in this endeavour with investors including Allen DeBevoise of Machinima and Mark Terbeek of MC Capital.

AwesomenessTV is betting on reaching an audience and making advertising revenues in a tough segment of the market as well as beating traditional content producers with an extremely competitive cost structure. The channel’s next major production – The Runaways – is already creating a buzz in the industry. Here’s what Mike Shields recently wrote in Adweek:

The Runaways has the potential to have the most disruptive effect. Based on early clips, the show looks like it could easily run on The CW or ABC Family. And it’s being made relatively cheaply. “There’s room for all of us,” Robbins said. “Nickelodeon has a big audience online. They’ve invested a lot. But with shows like The Runaways, that’s where those guys are in trouble. They’ve got infrastructure cost. We’re lean and mean.”

These two cases highlight the challenges brought on by new investments in content production. You need to make sure growth and profitability come quickly into play to make it worthwhile. It can’t be easy to stand out in an industry where the majority of interfaces and content are all in the same language. But that being said it might be a little easier to make your mark with content in other languages. In this context one could think that investors might also develop an exit strategy by making their brands appealing to cable companies or traditional broadcasters as was the case with Revolver3, acquired by Discovery Communications earlier this year.

This trend also suggests that producers of this type of content will need the skills necessary to create sustained audience commitment. This expertise is essential in ensuring that a brand created on YouTube has the potential to thrive on different platforms. It’s a case where an investor’s techie background is a very valuable asset.

The third major issue brought about by this “third generation” of content production is – as previously mentioned – the flexibility and speed of its creators. These channels are successful because they offer relatively short programs that aren’t shown on mainstream television and because they meet audience demands very quickly. Juggling speed, micro budgets and niches requires constant creativity.

BalconyTV – Music with a View’s Dublin channel – seems to have figured out how to meet these three challenges.In five years they’ve managed to franchise their indie rock group micro-caption format in 39 other cities. And just what is this successful format? A balcony, a band, a sequence shot, a graphic canvas and – above all – musical talent discoveries (some of which become popular bands like The Script). Once again the target audience was selected from the get-go. BalconyTV homes in on music fans who can’t find what they’re looking for in the mainstream...be it traditional media or other platforms. Cross-promotion opportunities between franchised channels abound and the concept has huge growth potential on and off YouTube.

Suzanne Lortie holds a diploma in production from the National Theatre School of Canada as well as a MBA from HEC Montreal. She became a professor at Université du Québec à Montreal in July 2012. She has also worked as a production manager and line producer for television since 1992 (major variety and cultural series that won several Gémeaux and ADISQ awards, documentaries) and is a consultant in new media strategies.
Read Bio
Related articles

How Artificial Intelligence is Transforming the Media... 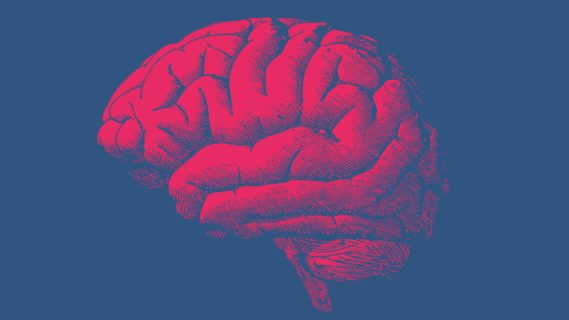 How Artificial Intelligence is Transforming the Media...

Canada Media Fund welcomes new appointments to the Board of...

Read more
Jun 21, 2019
We use cookies on our website to give you the most relevant experience by remembering your preferences and repeat visits. By clicking “Accept”, you consent to the use of ALL the cookies.
Cookie settingsACCEPT
Manage consent