eSports: five reasons for media to get into it fast

Esports, which refers to the online video gaming industry, now constitutes an economic sector on its own. Ignored by traditional media, this booming industry, on its way to becoming a distinct medium, deserves much more of our attention: for its young and engaged community, its flourishing economy, and the fact that it is a breeding ground for innovation.

A practice that brings together young people

What is most striking about eSports is the community that has formed around this practice, creating a veritable culture around online gaming. In the past few years, the practice has become more open and its public more diverse. Its followers today represent the largest community on the Internet. The game League of Legends (LoL) alone amassed 67 million players in 2014, 7.5 million of which were daily players.

Moreover, this passionate, engaged and loyal community is made up of young people, specifically 15–30 year-olds. Reaching them could represent an opportunity for brands and traditional media.

Several gamers have turned eSports into a source of income through fan donations via the platform Twitch, prize money earned at tournaments and sponsors. The best, most diligent and most entertaining gamers can become millionaires through their streaming videos and tournaments in addition to gaining considerable notoriety. As reported by Business Insider, 10 egamers earned over 1 million dollars each from an average of 35 tournaments.

International eSports championships are frequently organized. The most well-known, the League of Legends World Championship gathered 32 million people during its finals (including 8.5 million in simulcast), making the eSports event the most widely watched in history (in comparison, the previous season had been watched by 8.2 million people, including 1.1 million in simulcast). These large-scale events not only speak to the popularity of eSports but also contribute to their success.

Lastly, the games themselves generate a significant amount of revenue as well: while its basic version is free, LoL generated 946 million dollars in 2014 according to analysts SuperData Research—due mainly to the possibility of improving the user experience. 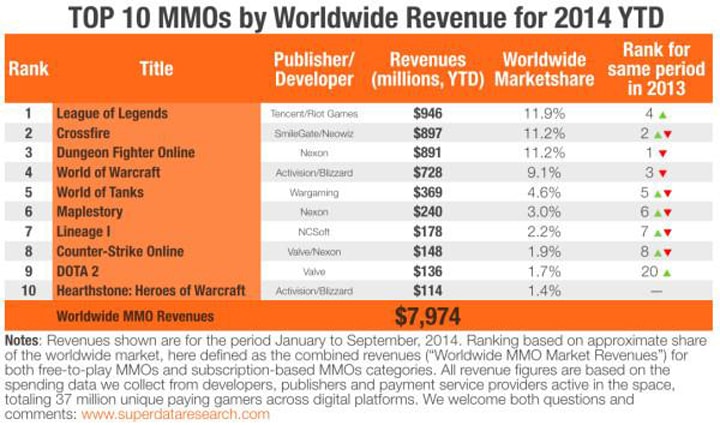 Twitch, the collaborative platform on which you can watch gamer videos, has been highly successful and today is considered the official broadcaster of eSports tournaments. A symbol of the rapid rise of video game culture, it is an alternative medium that could inspire television on many levels. On Twitch, direct, linear programming and VoD come together on the same platform, in addition to chat, which greatly contributes to forming an online community!

Granted, this platform is different from television in several ways (Twitch’s content is generated by users themselves and thus not limited by the same restrictions) but the convergence of various broadcast methods and temporalities and the ability to communicate may be an interesting observation laboratory not only for television but also for OTT service platforms.

The gaming industry doesn’t hesitate to draw inspiration from other sectors, knowing how to make use of the best ideas and their most outstanding elements. At the forefront of innovation in immersive technology (such as with Oculus Rift), it also knows how to appeal to big names in the film industry to stay fresh, as with the collaboration between actor Kevin Spacey and Call of Duty in the opus “Advanced Warfare,” in which the star plays one of the game’s main characters.

Giants of the Web and TV manufacturers are showing interest...

In 2014, Twitch.tv had over 100 million unique viewers per month, as it celebrated its 4th anniversary. That year, Twitch ranked among the top 5 sites generating the most traffic in the United States. Seeing this success, several giants of the Web began to show interest in the platform. In 2014, following a one-billion dollar offer by Google, Emmet Shear finally sold his site to Amazon for 970 million dollars. This transaction allows Twitch to benefit from additional resources and Amazon to offer its subscribers a wide range of OTT content on its Video Shorts platform (adding to its offer of movies, series and clips: eSports).

But it wasn’t long before other online video sites began competing with Amazon, such as YouTube with its YouTube Gaming platform (available as an Android app) and the French Dailymotion with Dailymotion Games. Samsung also launched Gamefly, a streaming service for games on its smart TV, showing that manufacturers are also getting in on the action.

… and the media join in! Finally!

A few TV networks noticed the worldwide audiences—worthy of the largest sporting events—that eSports could attract and began to take interest in the phenomenon. Thus, on October 31, 2015, the BBC broadcast the quarterfinals of the League of Legends World Championship, enabling the tournament to enjoy an even greater audience and the BBC to attract young and passionate—and therefore potentially very loyal to rebroadcasts—viewers to its BBC Three network.

The network, which was visibly looking to stay true to the Twitch model and not put off the followers of the platform, combined live t.v., pre-recordings and social network commentary. This BBC initiative could inspire other networks to not only broadcast events but also dedicate time slots to eSports, as is being done by South Korean television, which offers a daily show on LoL.

Vivendi announced being the first shareholder of Ubisoft. The team also indicated to us that it would cover the full Electronic Sports World Cup at the end of October and beginning of November as well as the FIFA16 final on November 8.

This article was originally published on Méta-Média and is presented here as part of the editorial partnership between CMF Trends and Méta-Média.  © [2015] [Méta-Média]. All rights reserved.

‘You really have to dive into it’: Canadian media and...

Read more
Jun 22, 2020 / Jason Della Rocca
We use cookies on our website to give you the most relevant experience by remembering your preferences and repeat visits. By clicking “Accept”, you consent to the use of ALL the cookies.
Cookie settingsACCEPT
Manage consent