A look at “interactive fiction,” video game genre growing in popularity that favours storytelling and feelings over gameplay.

Heavy Rain, released on PlayStation in 2010, sold more than 3 million copies in 3 years, with a new release for PS4 slated for March 2016. Lifeline ranked No. 1 in downloads for paid mobile games in 26 countries between April and June 2015. What do these two games have in common? They both fall under the genre of interactive fiction: a videogame where the plot develops along a tree structure based on narrative choices, like a “choose your own adventure” novel.

The success of Life is Strange, Everybody’s Gone to the Rapture and Until Dawn in 2015 confirmed the appeal of works in this genre that walk the line between videogames, film, and literature for gamers around the world. How can you explain the success of videogames like this that favour storytelling and feelings over gameplay?

A profitable format: low-cost games that honour the author’s role

Interactive fiction offers limited possibilities to players since gameplay essentially consists of making choices for the main character. This represents an advantage for producers: by offering limited interactions, the games are far less expensive to produce than open world games like Grand Theft Auto, Minecraft or Assassin’s Creed. Heavy Rain, for example, cost Quantic Dream just $22 million to produce, and raked in over $100 million for publisher Sony!

By favouring narrative over gameplay, interactive fiction allows the author to outline the player’s route to the story with precision and finesse. In terms of writing, this is a step away from collective creation to a more individual approach that follows François Truffaut’s “auteur theory” for film in the 1950s: give the creator/director full authorship.

On Lifeline, Three Minute Games asked Dave Justus, a science-fiction author, to come up with a story based on a pitch they submitted to him. After some back and forth via email, the author developed his interactive fiction autonomously using Twine, an open-source program. Once the screenplay was finished, the application was developed in just under 6 weeks.

“50 different people can’t write a good story. A story is made with emotion. It’s something personal, intimately linked to our life and our experiences, what we want to share with others. For this, we need authors, and this is exactly the problem: the videogame industry puts its trust in programmers, not authors. We’re scared of authors because they’re the ones bringing in the new ideas, but they’re exactly the ones we need.”

- David Cage, founder of Quantic Dream, in an interview at the BAFTA Game Awards in 2011.

This specific vision of videogame creation could allow the development of works that are more personal than those crafted by huge teams.

The success of Everybody’s Gone to the Rapture – a creation that allows zero gameplay – is typical in this respect. In this gaming experience, players walk around the village of Yaughton where luminous orbs allow them to hear or see the spectres of residents that have mysteriously disappeared…without being able to interact with their environment. You can’t open a door or move an object…you can’t even run away! A radical move that didn’t stop it from becoming PlayStation Store’s best launch in August 2015.

By immersing them in a captivating story and asking them to make decisive choices, interaction fiction allows players to develop a deep empathy for the characters. Emotional impact in these games is very strong. Many players admit to shedding a tear at the end of The Walking Dead, the Telltale Games worldwide interactive fiction hit. The California studio has recently announced the 2017 release of an interactive fiction in partnership with Marvel.

Screenplay, emotion, empathy: with this kind of videogame, we’re moving closer to the experience of watching a movie that allows us to attract new audiences, according to David Cage: “If the industry wants to gain maturity and evolve, it’ll have to give in to emotions and produce stories that speak to everyone, not just hardcore 15-to-17-year-old gamers. There’s a huge potential audience out there just waiting for us to provide the right ideas.”

The Walking Dead was as much of a hit with videogame fans as it was with TV series or graphic novel fans looking for a more interactive relationship with this world.

Another advantage that explains the success of interactive fiction: no controller needed – games can be accessed easily on smartphones and tablets.

In Lifeline, the game’s interface looks like any other kind of messaging system: we get message notifications and click on the response we wish to send. The messaging interface allows us to enter into a very intimate relationship with the main character, a young student astronaut who needs our help to get back to Earth.

A genre that’s the perfect fit for virtual reality

Some French videogame developers are currently working on multiplayer versions of interaction fiction like Lifeline, something that signals a bright future for the genre.

By putting emotions and storytelling at the heart of the videogame experience (at the expense of gameplay), interactive fiction manages to touch a growing audience. The simplicity of gameplay allows the game to be played on all platforms, from the living room console to smartphones. Virtual reality could equally be the next frontier for gaming: it’s difficult to walk through Yaughton, the English village where Everybody’s Gone to the Rapture takes place, without imagining what a truly sublime virtual reality experience it would be…

Alexander Pierrin works as a writer/director on projects ranging from documentaries to humoristic webseries and radio performances. He wrote and directed the fictional webseries “doXa” for Studio 4 (France Télévision) as well as SURVIVRE, a documentary webseries on survivalists for the IRL platform (France Télévision). Finally, he was nominated for the “Prix SACD-Longueur d’ondes de la Fiction radiophonique humour 2018” for the collective creation Yoga Citoyen.
Read Bio
Related articles

Canada Media Fund and Independent Production Fund team up to... 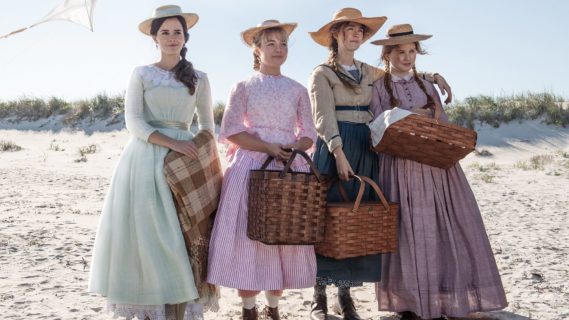 Fiction to Screen: Is What We’re Reading Determining What...

Read more
Sep 25, 2019 / Sruti Islam
We use cookies on our website to give you the most relevant experience by remembering your preferences and repeat visits. By clicking “Accept”, you consent to the use of ALL the cookies.
Cookie settingsACCEPT
Manage consent