The Necessary Elements of a Winning VR Game in 2019

The real world has caught up with virtual reality games. Given the number of consumers with VR access, success now demands more than a few layers of gameplay. The market is flooded with choices among genres such as shooters, boxing matches, and even puzzlers.

Redefine who VR Games are for

Brooks pointed out that “most VR content is still being developed for the home user, and the home user of VR is still typically the traditional gamer. So, first-person shooters and high-skill level games seem to be receiving the most love, with a few outliers appearing every now and then.” But VR gamers are just a small audience segment. Location-based VR (LBVR) offers more consumer diversity:

“Most of our customers would not identify themselves as gamers, so we work really hard to pursue titles that will allow us to cater to a wide array of interests.”

“The market is taking off more slowly than expected,” said Takahashi. “I have seen VR studios pivot into different areas. Virtuix and Funovation are targeting VR arcades. Spaces, The Void, Dave & Busters, NBCUniversal, and Minority Media are also among those that are targeting location-based entertainment.” Successful studios – especially when it comes to the broad appeal of location-based entertainment (LBE) centres – are customizing VR content to reach beyond gamers through key game features.

In short, said Seiden, “when the consumer VR market launched in early 2016, no one really knew what would stick. Today those teams still in the mix and those now entering are diligently watching and listening to not only the games community, but also other genres in the interactive space to influence their designs.”

Game Features That Matter Most

1. Build true multiplayer experiences – Brooks said, “the number one genre of game that our customers gravitate toward is multiplayer. I know that may not really be a genre, but it seems to be the primary deciding factor for most customers when determining which content to play…specifically the ability to see each other represented as avatars in the VR environment…Arizona Sunshine, Smashbox Arena, QuiVr and Elven Assassin are among the top titles across all of our locations.” Seiden agreed:

“The key…is to move away from the notion that multiplayer means just being in the same space together.”

Such experiences, she said, “can refer to everything from player-versus-player (PvP) and cooperative (co-op) games for the home and location-based markets, to the ability (for players) to share their experiences in social media.”

They are not simply “where you sit next to each other but don’t interact.” Players must truly need to “work together so that the narrative storytelling and the technology seamlessly integrate. The best example of this is Sandbox VR where the recent Series A investment perfectly demonstrates acknowledgment of the convergence of storytelling and technology.”

Personalization can also enhance multiplayer activities. Brooks said, “customers will be looking for more personalization to be offered within our Ctrl Room environment, as well as within the games themselves. Local leaderboards, avatar modification, name inclusion will help customers connect better with the content and with each other.”

2. Offer intuitive controls and navigation - According to Brooks, “in-game menus vary widely in methods, so navigating how to even start the game – especially multiplayer content – can be very cumbersome and unintuitive. The best game for multiplayer joining is Smashbox Arena, as it is a communal lobby with a launch shuttle for everyone to jump into.”

“(Smashbox is)…especially effective due to the ability of players to see and hear each other immediately upon launching the game, enabling them to coordinate their own matches without assistance.”

3. Design games for where games are played – Easy onboarding to games is ideal for both the at-home and LBVR environments, but ease of use becomes increasingly important for out-of-home players as many consumers will not have the time nor want to spend much time learning before playing.

Brooks commented on games developed for at-home markets that are also being distributed out-of-home, highlighting “a lack of support for game features specifically designed for an arcade.” There is a need to “reduce on-boarding time and/or (remove) requirements for prior game play. The latter means that there is no requirement for the game levels to be unlocked by hours of play.” He would find value with “either the inclusion of a code that allows us to unlock all levels, or the ability to select any level being immediately available.”

4. Develop layered, unimaginable experiences – Takahashi has reviewed countless games. What he would like to see next are games with layered sensorial features to truly make him feel like he is in another reality:

“I would like VR games to feel like the Star Trek Holodeck, where the graphics, sound, and overall experience are so believable that you can’t tell them apart from real life. That’s missing today. The 3D graphics are good, but not better than the best non-VR games. I would like the VR equipment to integrate the sense of touch, smell, and even taste.”

He also gravitates towards “the concept of believable open worlds, where it feels like you can do anything and that the things you do have consequences for the world, like with Anthem or Red Dead Redemption 2.”

VR with actors in motion capture suits offers another way to create uniquely memorable journeys. Said Seiden, “I recently experienced Chained, a VR meets theatre version of A Christmas Carol. It was personal, intimate, and thought-provoking as I was placed in the role of Scrooge and had an actor in a mocap suit walk me through the past, present, and future. I genuinely forgot I was as an industry exec there to evaluate the production and found myself instantly immersed and comfortable with the fact these ethereal game-engine created characters physically guided me through time. The success of more productions such as DVgroups’ The Horrifically Real Virtuality will be interesting to watch.”

5. Cut the VR Cord –  “The ability (for players) to move around in a space without wires will be possible with platforms like Oculus Quest…That enables new kinds of experiences,” said Takahashi. While ‘free roam’ VR is available through hardware, no technical standards exist to let studios easily develop scaled free-roam content.

Seiden is excited about Oculus Quest. “I am not a rainbows-and-unicorns person, but I have this brazen optimism for the Oculus Quest. The untethered experience with 6DOF controllers…will unlock human curiosity and make VR so much more approachable. I want this device to inspire creators to develop universes for storytelling and games that can live across not only the Oculus suite of devices but ultimately across other platforms, from 2D to AR. If the mobile VR headset is adopted by consumers and in enterprise, specifically in education, then there should be an exponential increase in these trends becoming standards.”

Takahashi underscored the benefits of untethering as distinct from pure VR game content: “Many companies have pivoted from VR to AR and mixed reality. Magic Leap is one of the companies that recently showed off its mixed reality technology, and that may inspire VR developers to pivot in that direction. AR is appealing because it can work on an ordinary smartphone, and there is a huge installed base of smartphones. We’ll find out if AR resonates with users this year, as more AR apps hit the market.”

Seiden summed it up:

“It’s less about the genres in my opinion, but the features and emotions these studios are honing in on which drives innovation in B2C and B2B content.”

A Game Can’t Be Great Until it Has Players

Releasing any VR experience without a way to reach the right consumers just leads to failure. As the market gets more saturated, it’s especially true as Seiden said:

“…content creators and game developers are not lacking for ideas or (failing) to respond to burgeoning tastes, but they need funding, tools, and marketing to support their efforts…intermittent support (perpetuates) the myth that there isn’t enough good content out there. There absolutely is, but no one can find it or it’s waiting to be built.”

Studios have succeeded in launching games with hyper-targeted, paid advertising via partnerships with influencers and more. According to Seiden, “It’s the rare occasion a top influencer will be compelled to promote a title free of charge, thus technically integrating and/or strategically partnering with broadcast services from Blueprint Reality, LIV and VReal (will) become key in consumers watching Twitch streamers or walking away from an arcade with an instantly shareable, custom-edited video of their experience.”

Understanding exactly who your VR game appeals to is vital. Seiden emphasized that you must work out effective communications tactics: “marketing is also a hurdle as the publishers and platforms often default to their comfort zone – pushing the same titles to an audience of gamers.”

Laura Mingail is an award-winning marketer, strategist and thought-leader in the entertainment space. She founded Archetypes & Effects to provide organizations in storytelling industries with impactful strategy, marketing and business development support. She is also a contributing author and media commentator focused on innovative forms of storytelling and technologies.
Read Bio
Related articles 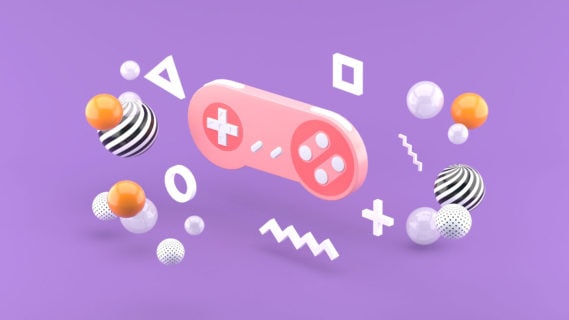 You Are in the Wrong Business: Making the Community is... 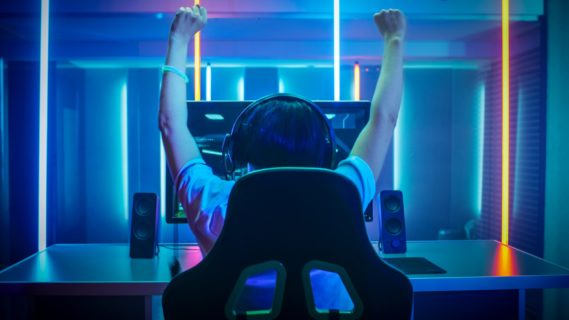 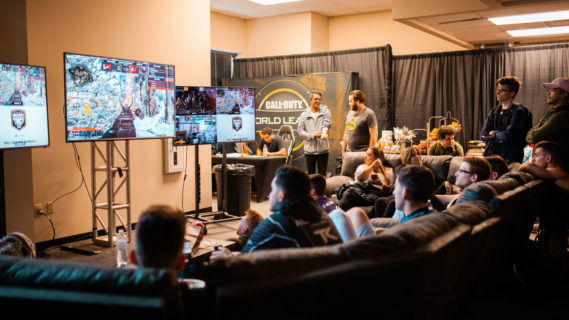 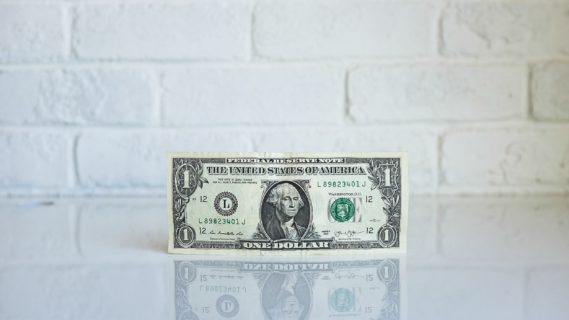 Game Studio Funding: The Right Investor at the Right Stage

Read more
Feb 21, 2019 / Jason Della Rocca
We use cookies on our website to give you the most relevant experience by remembering your preferences and repeat visits. By clicking “Accept”, you consent to the use of ALL the cookies.
Cookie settingsACCEPT
Manage consent