Against all odds, the podcast industry is currently experiencing explosive growth and is at the core of a new flourishing economy. It attracts new investors, and audiences have never been as numerous. This new market attracts so much attention that some people are now predicting a financial bubble. What’s the story?

It’s 4:00 p.m. and the Hilton’s conference hall is full to capacity. You can feel the electricity in the air during the moments before the panelists begin discussing the most effective ways to monetize podcasting. At the South by Southwest (SXSW) festival, podcasting conferences are rare, but they attract crowds. This year, it’s the industry’s greatest star, Ira Glass, who told the recent story of the successful podcast Serial, downloaded more than 10 million times.

In the United States, Serial is one among other success stories that, individually, made it possible to popularize this new way of listening to radio which consists of downloading on-demand audio content made available to subscribers. In 2006, according to a study led by Edison Research and Triton Digital, only 22% of all Americans had already heard of the term “podcast”; ten years later, in 2016, they are 55% who are familiarized with this term. 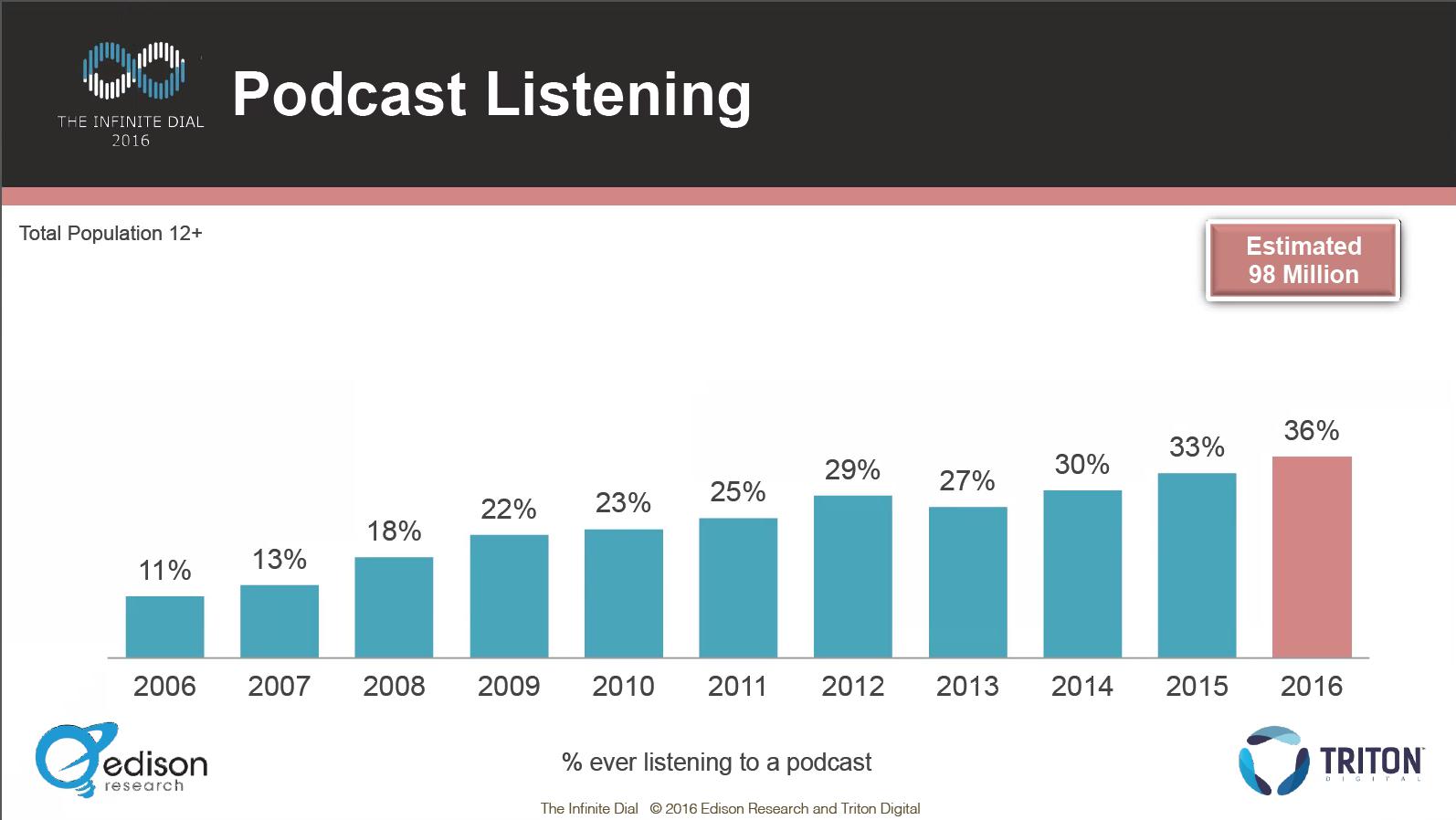 A market that remains modest in size but is growing

At SXSW, Ira Glass made a surprising announcement. Sign of the times, the advertising embedded in the podcast This American Life, the most popular storytelling show in the US, has become more profitable than the traditional radio version. Unique in the industry for the time being, the advertising embedded in the show’s podcast reaches up to $60 the CPM (cost per thousand impressions).

Ira Glass is one among several podcast superstars the likes of Roman Mars, Alex Blumberg, Jad Abumrad and Robert Krulwich who are inventing the podcast industry’s business models, which remain based on approaches that are well known in the media world but are not very common in the world of radio. 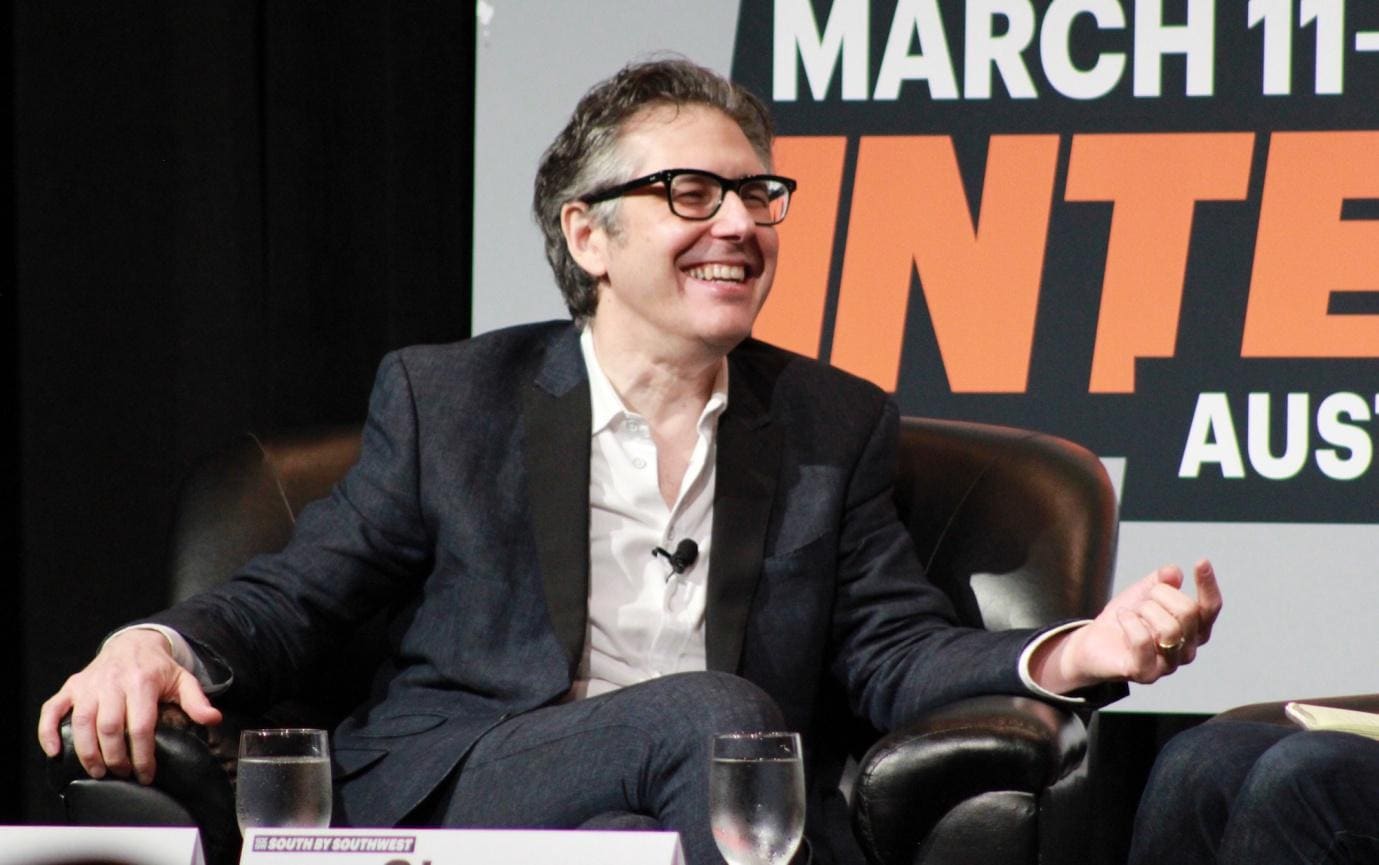 Think in terms of standard advertising integration, crowdfunding, sponsored podcasts, premium subscriptions, live events or (more recently) paid subscriptions. To reach new economic levels and provide its artisans with better conditions, podcasting as a medium will indeed need to make its mark and gain in popularity.

The Netflix of radio

In the United States, the podcast market is growing. According to forecasts, advertising revenue will reach $34 million this year. This result is to a good extent due to industry leader Apple which, over the years, has managed to keep its position as the podcast market leader.

However, this leading position raises controversy. Indeed, the industry is still waiting for Apple to facilitate the emergence of a business model that will be more profitable for creators. For the time being, Apple does not really benefit from its position and the industry must therefore invest millions of dollars in bypass measures.

For example, two recent transactions shed light on the breadth of this phenomenon: E.W. Scripps purchased the Midroll podcast advertising network as well as the Stitcher podcast app for a total of $54.5 million. Whereas new investments are needed to transform the audio advertising industry, new streaming apps could eventually replace iTunes.

Things will need to move quickly to make a place for podcasting in the new digital radio ecosystem. Until Apple has taken the plunge and created its own business model, individual players will seek opportunities to become the Netflix of radio.

Over the course of the last few years, public networks have been quick to join the bandwagon and have created several distribution platforms such as Radiotopia and Radio Public (PRX), Infinite Guest (American Public Media) as well SoundWorks (PRI). Meanwhile, WNYC, New York’s public radio, continues to incubate and program new podcasts, whereas NPR expects to doubleits revenue in this sector this year.

In the private sector, Gimlet Media is a pioneer with six original podcasts and one of the most innovative business models on the market. Its advertising network rivals in creativity in an attempt to constantly integrate advertisers more efficiently into the content. The company recently began offering a premium subscription for its most loyal listeners. Furthermore, it is based on this format that France itself is attempting to enter this market through start-up Binge.radio.

Even MTV has launched five current podcasts. And the written press has not been left behind: the New York Times recently reinvested in the sector whereas Slate doubled its Panoply podcast network in the last two years and is currently launching a series of podcasts in France.

While awaiting the next good moves

At SXSW, Ira Glass explained that it took This American Life four years to reach the level of one million listeners, while only four weeks were needed to accomplish the same with Serial, its new podcast project. Podcasting has the wind in its sails but needs a boost like Serial to gain in popularity.

It will be interesting to see how this new economy will take form on this side of the border, from Urbania to Châtelaine and by way of Infopresse, Le Devoir, Radio-Canada, CIBL and RZO. We are at the beginning of a new era where podcasts will explore new business models through the injection of new capital. 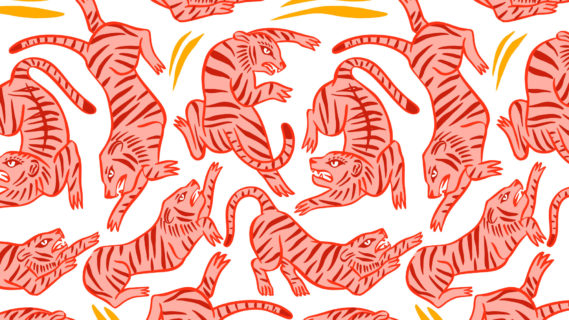 The New Tigers of the Digital Economy 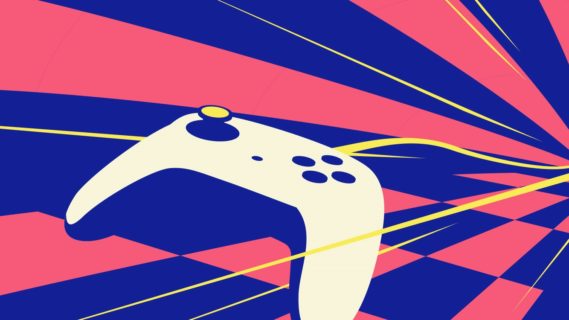 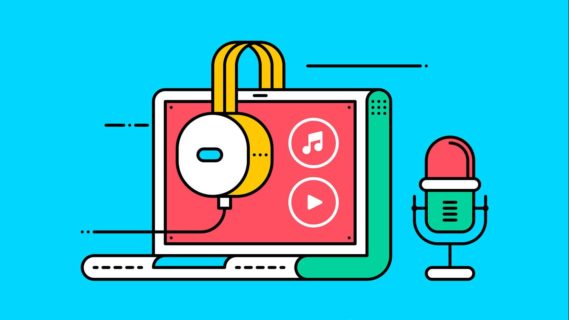 Podcast: Our 9 Favourites of the Moment

Read more
Mar 18, 2019 / Laurianne Désormiers
We use cookies on our website to give you the most relevant experience by remembering your preferences and repeat visits. By clicking “Accept”, you consent to the use of ALL the cookies.
Cookie settingsACCEPT
Manage consent