It’s always an honour when the Canadian media industry is recognized internationally – and especially thrilling when the focus of that recognition is none other than our own President & CEO, Valerie Creighton.

Creighton has dedicated her 30-year career building awareness for Canadian content and its creators through her work with media agencies in her home province of Saskatchewan at SaskFilm, the Canadian Television Fund and now at the Canada Media Fund.

Her impressive resume and legacy as one of Canada’s first and most influential female industry leaders led The Hollywood Reporter to name her as one of its International Women in Entertainment 2021. A prestigious distinction she shares with two other Canadian media leaders – Christa Dickenson, Executive Director and CEO, Telefilm Canada; Christina Jennings, Chairman and CEO, Shaftesbury.

There’s been a reckoning in the traditionally male-dominated entertainment industry, and women are now taking their rightful seats at the table.

That’s what makes Creighton’s success so impactful, she’s always had a seat.

“When I started my career in the industry, there were few women in leadership positions,” explained Creighton in an interview with The Hollywood Reporter. “I didn’t have many female mentors I could rely on for guidance and support. Historically, the media sector worldwide has not been controlled by women. It has been what many have termed an old boy’s game.”

Those early days weren’t easy for Creighton. Her industrious prairie roots (she still lives in Saskatchewan, where she operates a horse ranch) may have helped her deal with the hurdles facing a woman in the industry.

“Personally, when faced with barriers, sexism and outright aggression, my view was just do the work and take nothing personally,” she says. “The work stands for itself. Everything else is temporary.”

Creighton has witnessed a myriad of changes in the Canadian media industry over her career. Proactive initiatives will continue, but she is proud of how the CMF has taken critical first steps.

“Change has happened. The CMF introduced gender balance measures,” she explains. “Women make up today 51% of writers, 52% of producers and 36% of directors of CMF-funded TV projects. We know we have more work to do to up the numbers for directors and other key positions. It’s not a question of talent or availability. It’s a question of access. Old habits die hard. Human nature is to work with who you know. As leadership changes, attitudes change.”

And, of course, there is an impetus to promote greater inclusion in the industry.

“As a major funder, it’s our duty and responsibility to use our leverage and influence the outcomes we wish to see, working to foster diversity and equity in the industry. Introducing gender balance measures at the CMF was just a start. The events of 2020 changed everything. Our collective view of the world shifted. At the CMF we worked intimately with industry leaders, taking advice from the Black, people of color and Indigenous communities. We developed an equity and inclusion strategy resulting in the allocation of financial resources to many groups and organizations that work directly with these communities”.

As more women enter the entertainment industry, they can look to Creighton as a mentor, who doles out sage advice that women, and men for that matter, should follow.

“Stay on your ground and no matter what, hang on like hell to your authentic self,” she asserts. “There have been many times in my career when I tried to be what someone else wanted me to be, or what I thought they wanted me to be, placing my power and energy in their hands. Nothing is more debilitating. When those little voices of fear and insecurity come into your ear, get earplugs. Stick with your gut. It will never fail you.

And as she looks towards the future, Creighton believes women are well-positioned to make a difference in the industry, and while it may still be a challenge, there is strength in numbers,

“I’ve had the privilege of meeting so many young women in the industry. Their talent, ambition, creativity and determination inspire me. The future of our industry is in good hands. Yes, there are barriers and if you can’t get through them, go around them, over them or under them. Courage will push you through.”

The Canada Media Fund (CMF) fosters, develops, finances and promotes the production of Canadian content and applications for all audiovisual media platforms. The CMF guides Canadian content towards a competitive global environment by fostering industry innovation, rewarding success, enabling a diversity of voice and promoting access to content through public and private sector partnerships. The CMF receives financial contributions from the Government of Canada and Canada’s cable, satellite and IPTV distributors.
Read Bio
Related articles 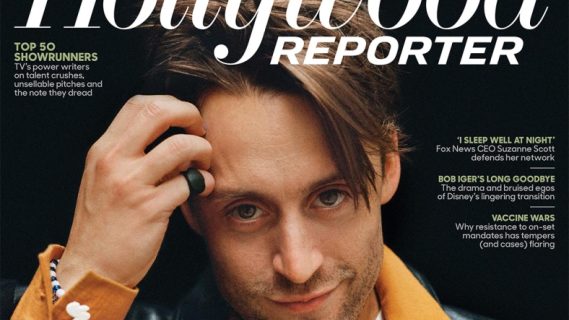 Valerie Creighton, CMF President and CEO, invested into the... 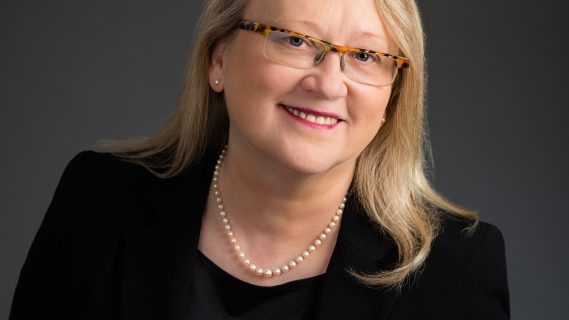 CEO and President Valerie Creighton weighs in on the 2021...

Read more
Jun 28, 2021 / Gaëlle Essoo
We use cookies on our website to give you the most relevant experience by remembering your preferences and repeat visits. By clicking “Accept”, you consent to the use of ALL the cookies.
Cookie settingsACCEPT
Manage consent