A technology on the rise that is generating a lot of interest in the media sector. This analysis is an extract from our 2018 Trends Report.

What is it about?

Well known yet poorly understood at the same time, here’s how Blockchain France explains the concept:

"Blockchain is a transparent and secure information storage and transmission technology that operates without a centralized control mechanism. By extension, a blockchain is a database that contains the history of all the exchanges made between its users from the time it was created. (...) There are public blockchains open to all, and private blockchains, whose access and use are limited to a certain number of players. A public blockchain is like a large public ledger, anonymous and tamperproof. As the mathematician JeanPaul Delahaye wrote, one must imagine “a very large ledger everyone can freely read and freely write in, but one that is indestructible and impossible to erase."

The ledger comparison is especially apt since blockchain was originally designed to control the issuance and circulation of Bitcoin digital currency. But blockchain technology extends far beyond currency and into industries where it could, for example, be used to frame transactions, generate records, and manage smart contracts (programs that execute the terms of a contract without human intervention).

In short, blockchain may replace some current processes and intermediaries with reliable, autonomous, and more efficient information technology. Though challenges remain (technological and legal, among others), blockchain is set to become an established technology. Investments in the sector reached US$545 million in 2016 and may hit more than US$830 million in 2017 according to CB Insights.

Why is it important to out industries?

Blockchain made its impressive breakthrough in the content industries through music. In 2015, artist Imogen Heap teamed up with the Ujo Music platform to distribute a song using blockchain technology and Ether digital currency. One of their basic aims was to ensure fair remuneration for creators and rightsholders.

Videogames have adopted it, too. They include games developed on blockchain infrastructure (Spells of Genesis from Everdreamsoft), marketplaces for in-game items (Gameflip), and eSports platforms (FirstBlood). While blockchain technology has yet to gain wide traction in these sectors, pilot projects and proofs-of-concept are proliferating.

The Blockchain’s Building Blocks for the Entertainment... 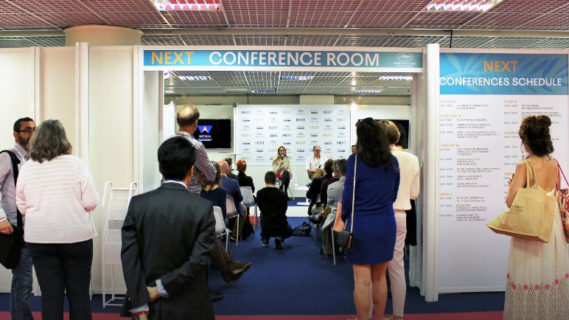 Blockchain and Film: Promises and Mirages of the New Digital...

Is It Possible to Use the Blockchain to Reproduce Rarity in...

Read more
Aug 20, 2018 / Guillaume Déziel
We use cookies on our website to give you the most relevant experience by remembering your preferences and repeat visits. By clicking “Accept”, you consent to the use of ALL the cookies.
Cookie settingsACCEPT
Manage consent