If the COVID-19 virus had any intention of derailing Sabotage Studio’s recent Kickstarter campaign, it was in for a major disappointment. The Quebec City-based, award-winning video game start-up exceeded its original crowdfunding goal by more than 1200 percent.

The Kickstarter campaign to fund the retro-inspired turn-based Sea of Stars role-playing game, scheduled for release in spring 2022, was launched on March 19, 2020. In less than a month, over 25,000 backers had pitched in more than $1.6 million.

“We achieved our Kickstarter target of $133,000 in the first seven hours of the campaign,” said Sabotage Studio Executive Producer Philip Barclay. “The intense stress of launching the campaign gave way to total euphoria, which, unfortunately, we all had to savour on our own because of the lockdown.”

One success leads to another

The studio’s success is all the more impressive since Sea of Stars is only in its second video game. Founded in 2016 by Thierry Boulanger and Martin Brouard, Sabotage suddenly began appearing on everyone’s radar when it launched The Messenger in August 2018. The game has enjoyed international acclaim ever since, and has amassed more than 2 million downloads.

Like any other small, independent game studio, the financial structuring for Sabotage’s first game went through several stages with a publisher and other financial stakeholders. They took this approach because they felt having a known publisher would help them break into the market better. Judging by The Messenger’s success, the approach was a wise one.

By using the leverage and brand awareness The Messenger created, Sabotage decided to take a more direct approach in financing Sea of Stars. By going solo they’d save the revenue percentage that would normally go to the publisher, not to mention distribution fees.

It was in this context that Sabotage turned to a crowdfunding campaign to partially finance the development of game No. 2.

Things were going great when Sabotage started preparing for the crowdfunding campaign, back in September 2019. The first sign of trouble was the pandemic-related cancellation of the Game Developer Conference. That put a damper on press conferences that had been planned to announce the development of Sea of Stars.

“At that point, there was no turning back. We had no idea how the pandemic would evolve, whether the situation was better at that time than it would be six months down the line,” Barclay said. “We’d made the decision to go ahead and that was that.”

Well, as things turned out, Sabotage made the right decision again. Some of their success could be attributed to the boom in digital consumption, with everyone in lockdown and online being the only way out, and clearly the preferred way to get through the day.

“At the same time, millions of people were out of work, the economy was iffy at best, and no one could really say if online fans would be willing to prepay for a game that was at least two years away,” Barclay said.

Above and beyond financing

There’s no doubt that the crowdfunding success guarantees a certain amount of financial independence for Sabotage Studio. This not only reduces the stress level, but also the need to make difficult compromises. “We never compromise on quality,” Barclay said. “But if you lack resources it can have an impact on the depth and breadth of the product, like having fewer levels for players to explore.”

“Aside from filling company coffers, a crowdfunding campaign also serves as a way to market-test your product. Money talks, as they say, and when consumers are willing to back what your proposal, it’s a good indication that you’re on the right track, without killing the incentive to keep on going,” he said.

The downside in seeking outside financing this way is that the lion’s share of future revenues must often go to your backers as a return on investment. “So even if you bring in millions in sales, there might not be much left over for the studio itself, and that can be a bit of a bummer before you go into production,” Barclay said.

And crowdfunding isn’t just for small indie studios. Japan’s Ys Net Studio financed its Shenmue III video game in one of the largest crowdfunding campaigns ever. “Crowdfunding is actually a growing trend, even with the biggest studios,” Barclay said. “They’re digging up their old brands and checking the market to see if there’s still any demand for them.”

If The Messenger and Sea of Stars stand out in their respective genres (the former a platform game, and the latter a turn-based role-playing game), it’s because both have a decidedly 1990s-inspired retro look, a decade that catalyzed the creative vision of Sabotage’s artists. It reminds them of those youthful Saturday mornings they spent gaming with their friends. And they’re not the only ones longing to recapture the magic of that special time in their lives.

“There’s huge pent-up demand for games from that era,” said Barclay. “Tons of new games on the market are being treated in a more hipster style using only using pixel art. We respect that tradition in everything we do: the music, the animation, the rendering, the light, and the art direction.”

Sabotage does it all with respect for the constraints of the period, but without the irritants. “There was a lot of recycling, both musically and artistically,” he said. “Roof tiles were reused in all the scenes, but in different colours, for example. Remember that the cassette’s memory could store no more than 18 textures.” All these details have been enhanced without distorting any of the feel of the era.

In Sea of Stars, the team has partnered with Yasunori Mitsuda, one of the greatest game music composers of all time. It’s a collaboration that made a huge difference in the success of the crowdfunding campaign.

“In any crowdfunding campaign, the two main factors for getting support are generally at the beginning and at the end,” Barclay said. “Announcing Yasunori Mitsuda’s participation at the mid-point was a big boost in addressing quality considerations and in highlighting the ambitious nature of the project. His reputation is such that it immediately gave the game a seal of total approval.”

With the money raised, Sabotage Studio is now entering the production phase, creating the content everyone’s been waiting for. Those who backed the game on Kickstarter will be getting a demo of the game next summer.

“This will be another validation check we can tick off. People were really hooked on the trailer. We’re keen on finding out if they still love the game when they finally get their hands on the demo,” Barclay said.

Multi-platform content creator, editor and journalist, Catherine Martellini has collaborated on numerous media and cultural publications. More recently, she has been a special contributor to Le Devoir and Infopresse, a media specializing in communication, marketing, digital and leadership, where she also worked as editor-in-chief.
Read Bio
Related articles 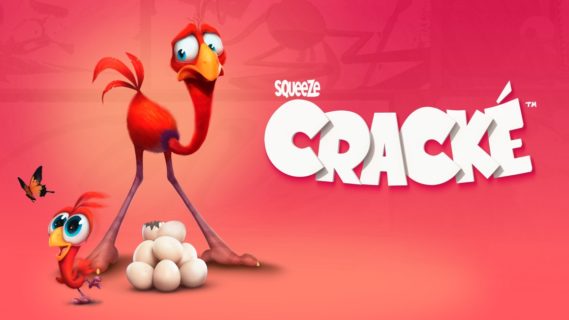 Self-distributing and Accelerating Talents: the Ingredients...

Read more
Feb 7, 2019 / Brigitte Monneau
We use cookies on our website to give you the most relevant experience by remembering your preferences and repeat visits. By clicking “Accept”, you consent to the use of ALL the cookies.
Cookie settingsACCEPT
Manage consent