Moving an international audience with a truly local story may seem like a tall order for many directors, including documentarians. Does sharing very little to the people whose lives are portrayed in a film necessarily constitute an obstacle to appreciating the story? Are there any rules to follow as a filmmaker, when you don't want your work to be "lost in translation"? Find out more!

The Prayer for a Lost Mitten documentary opens on one of the most typical of Montreal scenes, inside the Berry-UQÀM metro station at the lost and found department. And metro riders are there for all the usual reasons...one has lost their passport, another their hat, and the last one a family photo. Their concern for the lost item is palpable. So is their relief when it’s found.

The scene is a perfect example of how the individual and the universal can seamlessly dovetail and build on each other in creating a successful documentary. “I felt that the lost and found department was a good specific place to start for addressing the more general theme of immaterial loss,” said the film’s director, Jean-François Lesage. “Loss is a theme anyone anywhere in the world can relate to.” The Prayer for a Lost Mitten was shortlisted at the 2020 Montreal International Documentary Festival (RIDM 2020) in the feature film category.

The Jean-François Lesage documentary also shows Montreal at its picturesque best, Quebec winter, skating rinks, and the city’s amazing multiplicity of accents and cultures. “It was very important for me not to water down the local colour,” he said. “I also believe that by proposing rich, immersive settings where viewers would like to spend an hour or two, we can make films that transcend borders.”

Transcending borders is certainly something Prayer for a Lost Mitten has already done with aplomb, applauded by audiences in Australia, Lithuania, Mexico, Switzerland, and Italy and to English-speaking cinephiles across Canada, picking up the Best Canadian Feature-Length Documentary Award at Hot Docs 2020 in the process.

“It may seem paradoxical but by really developing the specific aspects of a subject we generally succeed in creating a truly universal story,” said speaker and Hot Docs programmer Olena Decock during the “Doc Ignite: Bringing regional stories to an international audience” workshop, November 18 at RIDM 2020. “That’s because to make characters really authentic, we often focus on the most specific things in their lives.”

How you tell a story is what really counts

There’s no need to change the background in any story with the potential to go global. Olena Decock suggests working on the universal pillars of storytelling instead to give your documentary a solid narrative foundation. According to Decock, there are four universal pillars: people, emotions, motivations (or the goal), and the journey (conflicts, issues).

“Those of us in the documentary business believe that universal stories are those that clearly communicate the essence of their characters, their emotions, their dreams, and their journey, that is the slings and arrows they must contend with,” she said. “Whenever you tap into these four elements, you add value to your story.” And setting out a clear path for reaching the goal and the motivation to get there is a sure-fire way for keeping viewers transfixed all the way to the final credits.

Nicolas Lévesque, director of the Les Libres documentary (winner of the Cineli Digital Prize at the Cannes Film Market and the New Perspectives Award at RIDM 2020) wholeheartedly agrees. “We all understand what it means to want something, to have a dream, to have a problem we need to resolve,” he said. “When a story begins that way (with a clear goal), as a viewer you have no choice but to go along for the ride.”

In Les Libres, you’re hooked from the very first scene. During an interview, a prisoner named Pierrot explains why he wants to get a social reintegration internship at the Stagem forestry company. The questions literally ask themselves. Will Pierrot be accepted as an intern? Will he stick to the program? Can he overcome his inner demons? Will he start using again? Does he have what it takes to become a free man?

Later in the film, Lévesque takes us inside a hyperactive character named Samuel attending an anger management meeting when the insults start flying. “For me emotions have always been a powerful way for people to communicate. When we see someone on screen in an emotional state, we immediately feel empathy for them,” he said.

Film is a language everyone understands

At the end of her workshop, Olena Decock emphasized the importance of quality in producing a documentary, drawing on the skills of sound designers and colourists to make sure you meet international festival standards.

Without in any way disagreeing with Decock’s advice, Jean-François Lesage suggests another equally fundamental reason to think about the creative form your documentary takes. “People who go to festivals are first and foremost film lovers. They share a deep passion and common reference points with others of their ilk,” he said. “I think it’s also by exploring and expanding the cinematic language that we can reach more people from other countries and cultures.”

“It’s important to develop a certain perspective,” Lévesque said. “As a filmmaker, you have to be really aware of the light and how people move. In making Les Libres, I spent a lot of time observing the characters’ routines so I could place the camera knowing what was going to happen next. My idea was to make the characters come to life in a factory-like setting.”

This is what film buffs are really looking for when they buy a pass to any film festival, including those dedicated to documentaries.

The Race for Content: The Global Streaming Landscape in 2018 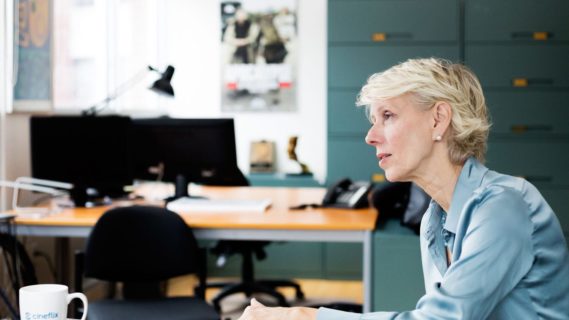 Read more
Dec 7, 2018 / Brigitte Monneau
We use cookies on our website to give you the most relevant experience by remembering your preferences and repeat visits. By clicking “Accept”, you consent to the use of ALL the cookies.
Cookie settingsACCEPT
Manage consent