Is it possible to make the leap from Twitter to television? This year, Québec foodies acclaimed a new show broadcast by Radio-Canada: Qu’est-ce qu’on mange pour souper? (“What’s for dinner?“). The show hosted by Danny St Pierre is broadcast daily at 5:00 p.m. (and available starting at 5:30 p.m. on the web) since September 2013 and ended its first season with a bang. Preparations are well underway for the upcoming year of broadcasting. On the strength of the best possible statistics for a publicly broadcast show during “daytime” hours, the @dannystpierre and @qqmps squad achieved its goals in terms of engagement, convergence and notoriety.

Choice ingredients went into winning this gamble: a host who is a chef in real life and who has established his presence in the realm of social media as well as within foodie circles, full consistency between the broadcaster’s television and interactive teams and a seasoned 360° development and production unit. The gamble was made that much more risky by the fact that the QQMPS project had to carve out a place in the highly competitive niche of kitchen shows—that flood the small screen—as well as in the “trough” of daily formats and routine and uneventful rendezvous broadcast by a conventional television station.

Danny St Pierre, chef/owner of the Sherbrooke-based Auguste restaurant, is not new to television. Accustomed to irreverent cameos on Curieux Bégin (think back among other things to his famous ‘reversed poutine’) and co-host with Vincent Gratton of the first version of Ma caravane au Canada, St Pierre starts using the #lundichezDanny (“#MondayatDannys“) hashtag in July 2012.

The concept is simple: St Pierre uploads a recipe to his blog every Friday and invites his followers to participate in a culinary exercise—live and in real time on Twitter—scheduled for late afternoon on the following Monday. Participants have the weekend to buy their groceries and prepare the basics for their recipe. Followers connect to Twitter at 5:30 p.m. Monday and cook all at the same time while benefitting from St Pierre’s “culinary coaching.” The experiment is a resounding success and immediately strikes a chord with Québec’s foodie community (a highly active group on this platform) as well as with people who feel unchallenged and lack motivation for cooking on weeknights.

Not that long ago, culinary haikus abounded: 140-character recipes, commented photos on Instagram, ad hoc tips, custom recipe book apps, food communities proposing a plethora of video tutorials, blogs galore… Whereas real-time cooking shows are abundant on speciality TV stations, no one had yet proposed a live cooking event with a live chef on hand. In Québec, no one had really explored the potential of “online community courses” hosted by a locally renowned chef using a public (and free) platform. But is it actually a course? Not really… Instead, it’s a story that is told at it unfolds on Twitter (the ideal platform to do this), and care is also given to engaging people on Facebook by uploading photos the day before.

“The idea came to me while I was working on a photo-roman with my daughter. I was taking pictures of her while we were having fun cooking and that’s when it struck me. Why not do the same thing but with as many people as possible?”

From the onset, the adventure proposed by Danny St Pierre is custom-made for his followers in Québec: seasonal ingredients, local suppliers, step-by-step photos taken in real time. Followers tweet and upload their personal photos seeking advice or approval. They exchange among themselves, compare their results, and mutually console or congratulate themselves. They recommend wines, share anecdotes and test out different methods. Furthermore, St Pierre validates the dishes prepared by his followers, gives them encouragement and congratulates them even when their dishes are not as professional looking as his are. Everyone samples and eats together. The experience continues until March 2013 at which time work has already begun on the QQMPS project.

Bringing the St Pierre touch to the small screen

The team at LP8 (today Attraction Images) makes a proposal to Radio-Canada to pursue the experience both on television and the web. The concept itself is very straightforward: a 30-minute daily show hosted by Danny St Pierre and—in real time and therefore synchronized—by a digital “kitchen coach” on the web and in the form of an app. The project is headed by both TV and convergent project teams. It’s a “four hands on” project, led by Marie-Christine Pouliot (season 1 TV producer) and Micho Marquis-Rose (digital media producer), that is neither TV nor digital, but that forms a whole from the start, as confirmed by Micho Marquis-Rose, digital media producer for Attraction Images. Before recruiting new fans, the project must first extend the experience of #lundichezdanny fans and the pleasure of cooking live.

Therefore, every evening of the week, Qu’est-ce qu’on mange pour souper? presents an easy and tasty meal prepared by Danny St Pierre in the kitchen along with a kitchen coach that must have the chef’s touch and keep him on track so to speak. The traditional and extremely simple (in format) show is prerecorded in a single stretch (live to tape) including commercial breaks. St Pierre prepares the recipe along with a guest who is recruited among the public and who repeats the chef’s actions and steps in real time: both use their own knives, casseroles and ingredients. The chef provides advice to his guests, compliments and inspires them while providing tips, suggestions and answers to viewers in real time.

On both the web and tablet screens, the digital and synchronized kitchen coach accompanies the show which is divided into segments the lengths of which are calculated backwards. Each comment made on a segment is a tweet of sorts, a mini-message that allows viewers to follow what’s going on at a glance while keeping their hands on their knives and their attention focussed on their stovetop.

Immediately after this first broadcast at 5:00 p.m., the show is rebroadcast at 5:30 p.m. on Radio-Canada.ca in the kitchen coach’s dashboard. A dedicated app is available for viewing on a tablet. To maintain ambience and continuity during the webcasts, the traditional commercial breaks are erased to give way to real-time “running breaks” during which the clock continues to tick and the cameras capture the host, guest and technical team while the meal is being prepared and cooked. Several additional tips and tricks are provided. To make it a real “Happy Hour” event, a squad put in place by the production team accompanies subscribers by aggregating comments, photos and questions shared on social networks.

As with most apps of this type, all of the traditional culinary planning tools are regrouped: the age-old timer, measurement conversion calculators and portion compilers. By creating custom profiles, subscribers have the opportunity to compile a recipe book with their favourite concoctions, upload lists of ingredients in advance to plan the groceries they need to buy and receive email and text alerts concerning what needs to be prepared in advance—such as marinades. Subscribers have the possibility of completing their grocery lists through personal purchases, sorting their grocery purchases by category (fruits, condiments, alcohol, etc.), share their grocery lists with their “assistant chefs” and substitute ingredients when there is a risk for allergy.

A first survey conducted by Ipsos

The digital fold of the project was realised by Turbulent and financed with the help of the Bell Fund and the Quebecor Fund. Recipient of a Boomerang Award in the “Best Site or Add-on App” category for 2013, Danny Souper (the QQMPS app) was a game changer for Radio-Canada’s daily service-oriented programming. Last fall, the public broadcaster commissioned Ipsos Marketing to conduct a formal evaluation of the show’s viewing habits, the notoriety and use of the culinary coach as well as viewers’ overall appreciation of the show and its interactivity.

These claims appear to be correlated, and the numbers speak volumes:

Suzanne Lortie holds a diploma in production from the National Theatre School of Canada as well as a MBA from HEC Montreal. She became a professor at Université du Québec à Montreal in July 2012. She has also worked as a production manager and line producer for television since 1992 (major variety and cultural series that won several Gémeaux and ADISQ awards, documentaries) and is a consultant in new media strategies.
Read Bio
Related articles 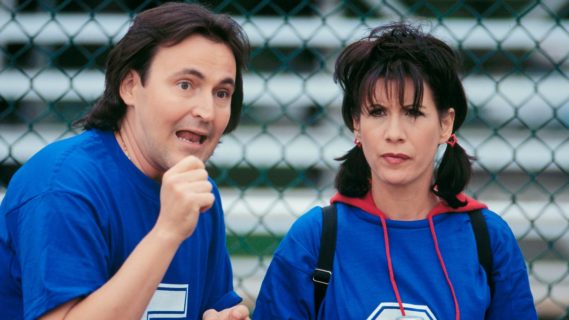 Love Bugs and the Recipe of an International Success for the...

Self-distributing and Accelerating Talents: the Ingredients...

Where New Stories and Resources Live

Read more
May 21, 2020 / Laura Mingail
We use cookies on our website to give you the most relevant experience by remembering your preferences and repeat visits. By clicking “Accept”, you consent to the use of ALL the cookies.
Cookie settingsACCEPT
Manage consent